A few pictures from the iPad App Store were leaked today. Although the iPad is going to hit the stores across the world on 3rd April, but here’s a chance to get an early feel of what the App Store has to offer for the iPad. 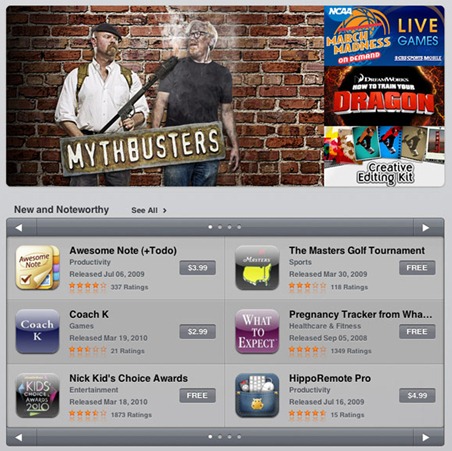 There are still some unclear facts on whether or not Apple is going to officially use the “HD” tag to separate iPad apps from it’s iPhone/iPod touch counterparts. There are a few apps which we know aren’t available on the iPhone or the iPod touch, so it’s nice to see dedicated apps for the iPad at the moment rather than just up-scaled resolution apps. I for one cant really wait to get my hands on some of the apps which are exclusively made for the iPad. [via Engadget]

You can follow us on twitter or join our facebook fanpage to keep yourself updated on all the latest on the iPad, iPhone and iPod touch Games.