iPhone 4G and iPad 4G Lands on Sprint. Sort of.

Sprint has launched a new advertising campaign which pokes fun at AT&T iPhone users who are limited to slow-3G speeds on the so called “the nation’s fastest 3G network”. The ad in question shows off the new Overdrive 4G Mobile hotspot which can be used with the iPhone and the upcoming iPad with 4G broadband speed where the speed averages about 3 to 4 Mbps. 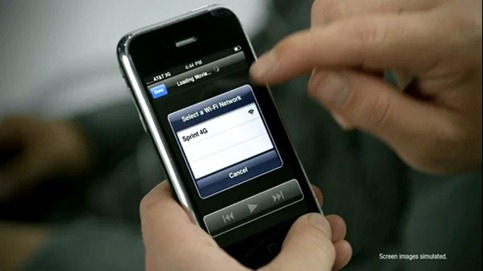 Here is what is in the video which features Matt and his mate Steve.

"My friend Steve’s iPhone is cool, but it’s limited to AT&T’s 3G speeds," Matt says. "So I’m going to use the Overdrive 4G mobile hotspot to make it up to ten times faster. And while that’s happening, I’m going to enjoy this tasty snack," at which point Matt pulls out an apple(fruit) and takes a bite. Steve connects to the Sprint 4G WiFi network on his iPhone and quickly begins streaming a music video which leads him to exclaim, "Whoa. Done." The ad ends with Matt asking, "What can you do with 4G?" before the narrator chimes in, "Whatever you do, do it up to ten times faster than 3G with 4G from Sprint."

If you are interested in getting Sprint 4G, you can get more details including pricing at http://www.sprint.com/4G. [via The Readers Eye and BGR]