One iOS 9 feature that grabbed a bit of attention was Low Power Mode – a feature that allows users to eek as much battery life as possible out of an iPhone or iPad that is on the verge of shutting down. The feature makes batteries last longer by reducing the device’s CPU speed, making the screen turn off faster and disabling things like automatic email fetching, background app refreshing, reduced network speeds and more. You lose some features, but you gain some battery life in return.

A new jailbreak tweak is trying to achieve a similar goal with iOS 8, and it can be downloaded from Cydia today. Called ‘Power Saver Mode,’ this tweak attempts to imitate iOS 9’s new feature by disabling background app refresh, location services and cellular data when connected to WiFi while also enabling the standard Reduce Motion setting. The idea is to try and disable anything that will use battery power, especially when it is not needed, and while there have been battery saving tweaks in the past, such as BattSaver, this one tries to mimic what Apple itself brought to the table with iOS 9. 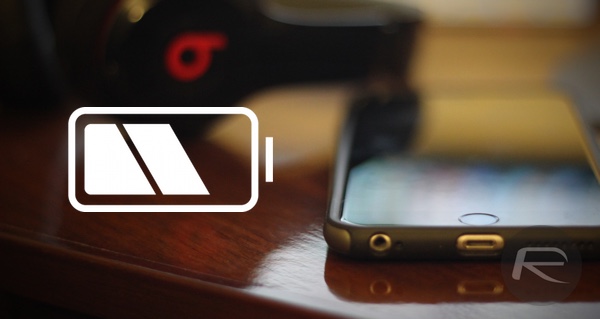 Once installed via the http://elijahandandrew.com/repo/ repository, Power Saving Mode can be enabled by heading to the Settings app before tapping on General > Usage > Battery Usage. A simple toggle will activate the tweak, and the same toggle can be used to deactive it also. When turned on, Power Saving Mode will turn the battery indicator yellow just like the real thing does in iOS 9, so it’s easy to check whether it is activated at a glance. The tweak will also be automatically deactivated once the device is connceted to a Lightning cable, too.

While not quite as powerful or as clever as the feature that is native to iOS 9, this tweak has the ability to at least give users a little more battery time when they need it. If your iPhone or iPad never quite lasts as long as you would like then this tweak may well be for you.