Apple iOS 9 has been officially announced. Features, release date and more can be found right here for supported iPhone, iPad and iPod touch. 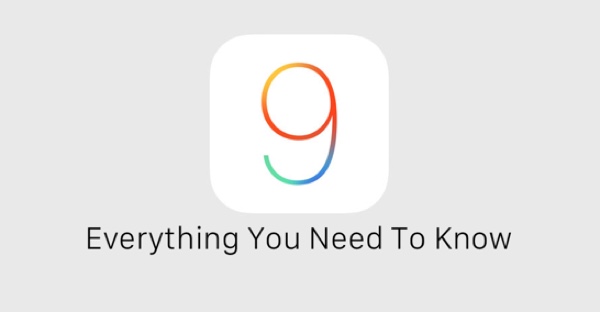 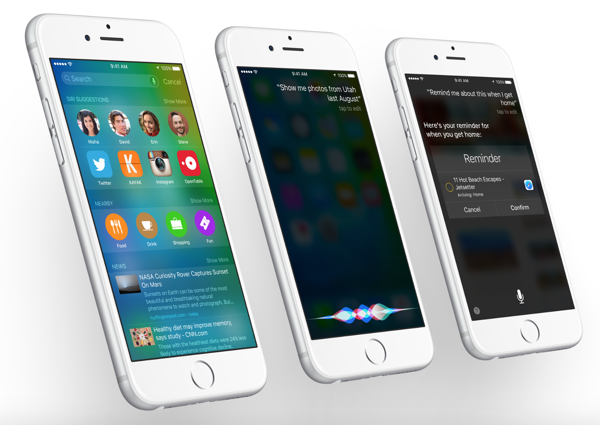 With iOS 9, Apple is boosting the capabilities of Siri in both the speed and features department. Apple’s personal assistant is now 40% faster, and 40% more accurate than before, which makes for a great overall experience for those who make use of Apple’s voice assistant on a day to day basis.

Siri in iOS 9 also works with photos and videos stored on your device. For example, you can ask Siri to show you all photos you’ve taken in New York, and boom, all your results will be front and center in a matter of seconds. You can even ask Siri to set a reminder about an article you need to finish which you started off on the Web.

Siri now integrates much better with location. According to Apple: “Like a great assistant, your device can now anticipate what you want to do next based on your location, the time, what app you have open, or what you’re connected to.” 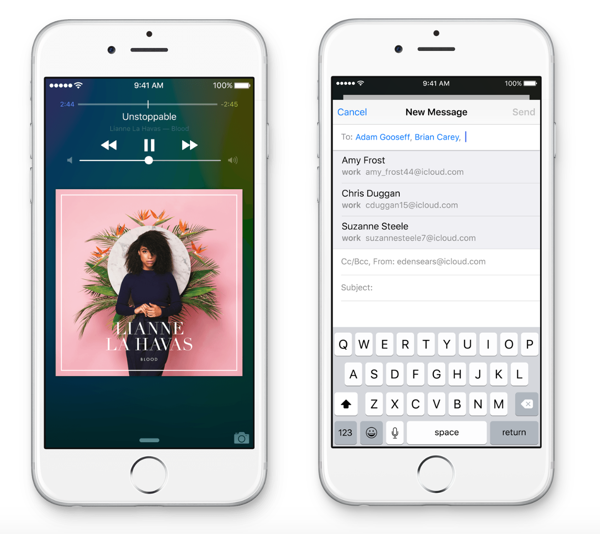 In iOS 9, search is taking a huge leap. We’ll go as far as saying that Apple has finally gotten search right on iOS, after a long, long time.

With Proactive Assistant, your iOS 9 powered device can suggest you a ton of actions based on your location. For example, you can connect your iPhone to a pair of headphones or your car, and Proactive Assistant will suggest you a music playlist or audiobook accordingly. You will get timely reminders for calendar events based on your location. The system basically “assesses traffic and notifies you when it’s time to leave. You can choose to snooze or ignore the notification, or get directions and get going.”

Furthermore, if you pick up your iPhone in the morning, iOS 9 will suggest you which app you should launch, and all this is done based on your daily routine.

If you’re an email buff, then you’re gonna love this one; once you start adding in contacts to a new mail message, iOS 9 will intelligently suggest you contacts which you usually add along with someone. It will even suggest you the most commonly used subject lines and titles.

Calendar events are now automatically created for flight reservations and restaurant bookings as soon as you get an email for them.

Got a call from unknown number? iOS can now suggest you who might be calling if said number was ever mentioned in an email.

When someone sends you contact info via email, it will now be automatically added to your Contacts. 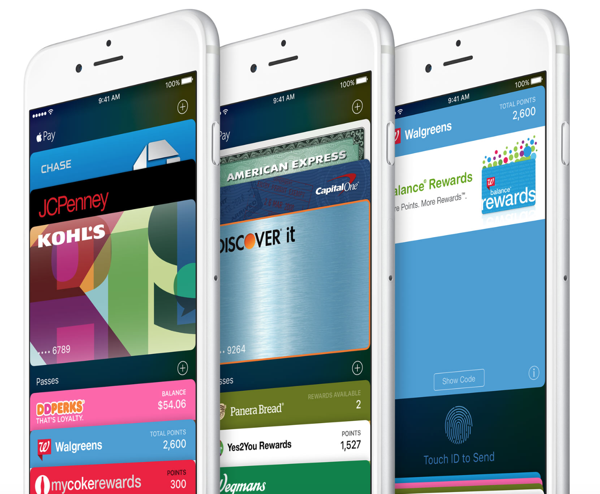 Passbook, the hub where all our passes lie has been renamed to Wallet. Why? Because, Apple. If you’re a Passbook user, don’t fret or anything at all. It’s the same app you’ve come to love, but with a new name.

As Apple best puts it: “It’s one place for all your credit and debit cards, reward cards, boarding passes, tickets and more.”

Apple Pay gets a lot more features in iOS 9, including support for reward cards, and a lot more. For more on full list of new Apple Pay feature, check out: 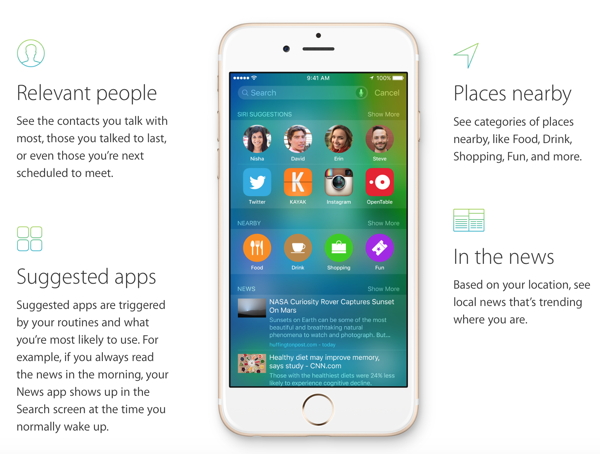 Spotlight search, something which we’ve come to love – or hate – over the years, is also getting a slight boost. The new search hub will now suggest you “recent contacts, apps, or places you may be interested in.” A great way to skip across the hassle of launching multiple apps and swiping through home screens.

Security is also at the forefront in Apple’s book, and its new method of search and APIs aren’t any different. The company is promising that it does not associate your searches with your Apple ID, nor are they shared with third-parties. 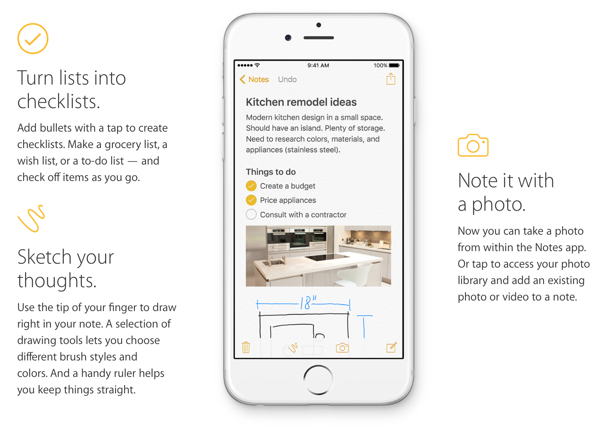 The Notes app is getting a complete makeover in iOS 9. And if you’re a fan of to-do lists then you’re absolutely going to love this. “Add a checklist of to-do items in Notes with just a tap.”

The new iOS 9 Notes app also lets you draw sketches or add photos right from your camera, but that’s not all, you can add content to your notes from other apps as well, such as Maps, Safari etc. 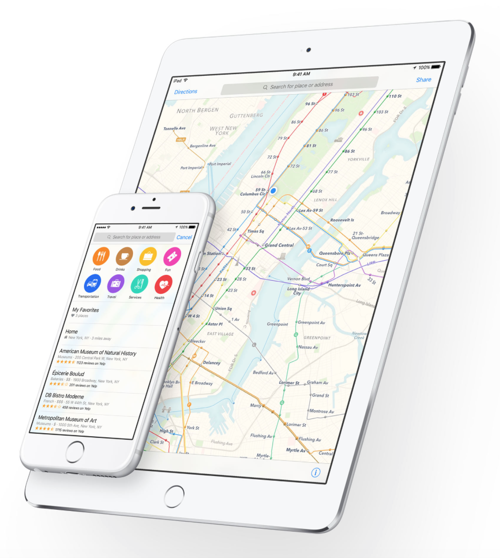 Ask anyone and they’ll tell you how much they loathe Apple’s Maps app. But with iOS 9, Apple is taking things up a notch with new features to kickstart things over.

According to Apple: “A new Transit view in Maps includes directions for public transportation like buses, trains, subways, and ferries.”

Apple further adds: “Now you can use public transportation with Maps as your guide. In select cities around the world, a new Transit view shows you lines and stations right on the map. When you plan a route, every step of your trip is laid out from point A to point B. And with the Nearby feature, it’s easier to see what’s around you and decide on places to shop, eat, and more.” 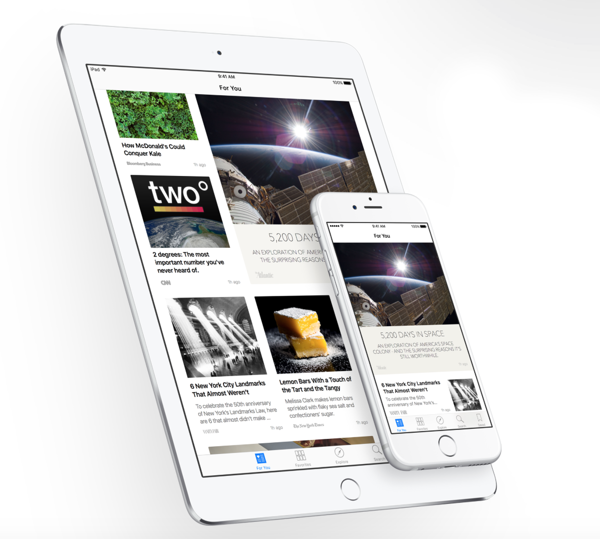 iOS 9 comes with a brand new News app, which, well, displays news. But it’s not another boring news app, there’s much more to it.

The News app has a curated section of “articles based on your interests.” Apple further explains: “Articles in News combine interactive stories with beautiful editorial layouts, photo galleries, animations, and video.”

The News app’s finest selling point is the way it curates stories based on your interests, which means that you don’t hop into one app or the other for content you want to read.

It wouldn’t be an Apple creation if there was no eye-candy to it, and the News app is no different. Apart from the general text, users get to witness interactive content along with photos, videos, galleries etc.

The News app learns from the user too. The more you use it, the more personal it gets with your interests and then throws stories at you which are relevant to you the most.

The News app is available on both the iPhone and iPad, and Apple promises that your data is kept private and nothing is shared with third-parties. We’ll take the company’s word on it here.

In the start, News app will work in the US, UK and Australia. 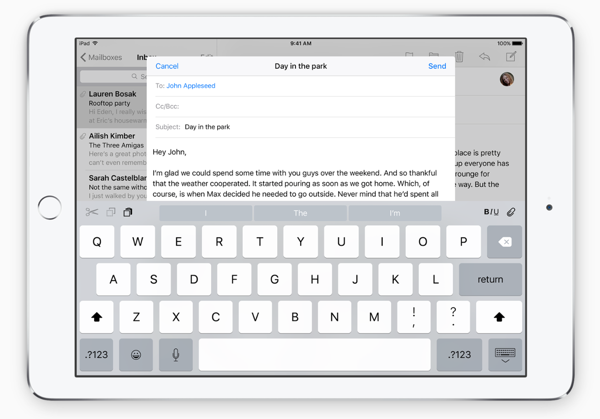 If you’re in the ownership of an iPad, then you’ll be pleased to learn that iOS 9 comes with a new QuickType keyboard with new editing tools, making things more faster than before.

There’s a new shortcut bar up top, where all your editing features sit and it’s fully customizable for third-party apps. 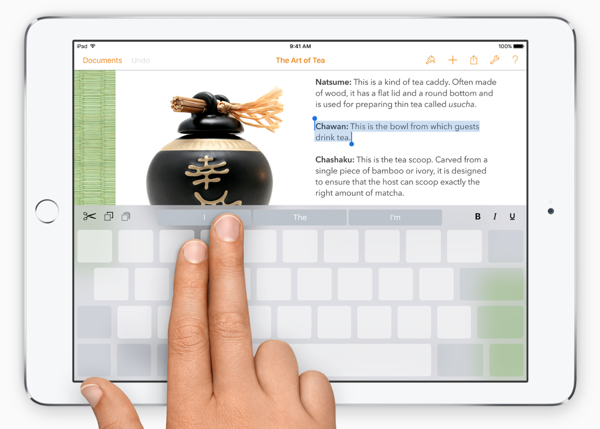 The new QuickType keyboard even features multi-touch gestures for moving the cursor around or selecting text. Very handy indeed.

We will detail iOS 9’s multitasking features in a separate post. But here’s a teaser: it now supports split-screen multitasking.

Metal is meant for iOS games so they can deliver performance at their peak. But in iOS 9, Apple is opening up the very same engine for apps as well, to deliver faster performance and smoother scrolling and animations.

But that’s not it; thanks to Metal, Web pages load much faster than before, your email appears much quicker, PDF documents render on the fly and much more.

All of this is possible by using technology much more cleverly than before. For example, using the devices’ built-in sensors, iOS 9 knows when your iPhone or iPad is facing down, so it won’t turn on the display for showing notifications.

iOS 9 even features a Low Power mode, saving battery life every step of the way to help you get through the day.

To put things into contrast, iOS 8 required an additional 4.58GB of storage space on the device to install, whereas iOS 9 requires just 1.3. 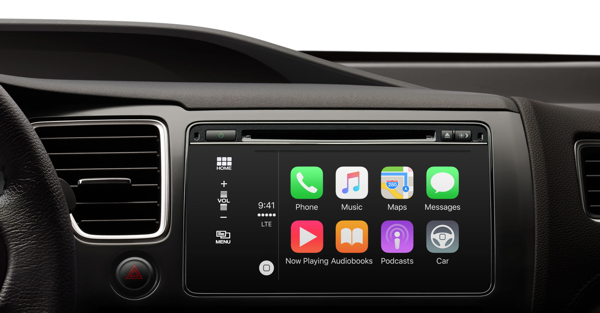 Starting iOS 9, CarPlay has gone wireless, negating the need to physically hook up your iPhone to your car’s in-dash infotainment system.

CarPlay now also supports audio messages, which means you get to hear stuff in the voice of the people who sent them in the first place.

The new version of CarPlay now lets you use your infotainment system’s knobs and controls to scroll, tilt or pan around the UI.

Lastly, CarPlay now supports apps from the car manufacturers themselves, which means you don’t ever have to leave the CarPlay UI to access something else.

Apple also touched upon HomeKit – its home automation platform. The company says: “HomeKit supports new accessories like home security systems and mechanical blinds. And with iCloud Remote Access, you can control them no matter where you are.”

The Health app is a complete hub for everything related to your health and fitness. With iOS 9, Apple’s taking things up a notch. The Health app can track “reproductive health, how often you’re seated, and UV exposure.”

All devices that can run iOS 8 can run iOS 9 too. For more on this, check: iOS 9 Beta Compatibility For iPhone, iPad, iPod touch.

iOS 9 beta is available to download now. The final release will be available this fall.

For tutorial on how to download and install iOS 9 beta, check out: