Download links for iOS 9 beta 1 are now live! Announced at the WWDC 2015, it is now available to download on supported iPhone, iPad and iPod touch devices. Here’s where you can download it from.

While Apple will have a separate program for public testing which will be available in July, as of right now, iOS 9 beta 1 is only available to registered and enrolled members of Apple Developer Program. This program costs $99 per year. 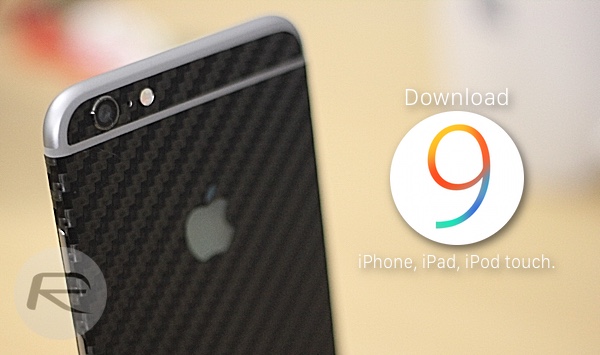 The advantage of being a part of this program is that you get full early access to pre-release beta preview builds of latest Apple software, be it iOS, OS X or watchOS, before they are rolled out for everyone else.

iOS 9 beta 1 is available for select models of iPhone, iPad and iPod touch, but the good news is that it is compatible with same list of devices as iOS 8. These devices are as follows: 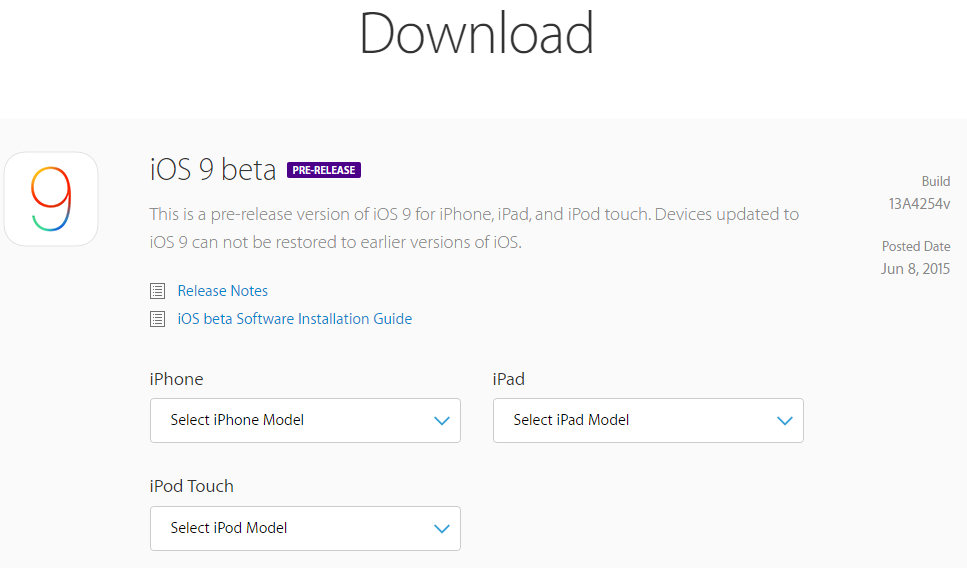 Final version of iOS 9 will be released sometime in September alongside the new iPhone 6s and iPhone 6s Plus.

For a full list of features on what is new in iOS 9, check out our announcement and features post here: Apple iOS 9 Announced: Features, Release Date And More.