Apple may offer a range of cutting-edge hardware and software products, such as iPhone, iPad, and Apple Watch powered by iOS and watchOS, but the Cupertino-based company also has an impressive and growing range of first-party accessories to compliment those products.

In order to bolster that range in preparation for the extremely busy festive shopping period, Tim Cook’s company has started to offer the Apple Watch Sport Band in new color choices as well as offering additional choice for those wanting to purchase the iPhone X Silicone Case.

In order to give more choice to current and prospective Apple Watch owners, Apple has made the Apple Watch Sport Band available in three new appealing aesthetics. The company will now sell a Dark Teal version of the Sport Band, which is entirely new to the range and will appeal to those looking for an understated dark strap which doesn’t stand out too much. There is also the introduction of the Flash Sport Band, which is a vivid yellow color previously exclusive to the Sport Loop design and will appeal to those who like to be the center of attention.

Finally, where the Apple Watch bands are concerned, Apple has also taken one of the Hermès band’s colors and made it available for everyone with Apple Watch via Sport Band. That means that the gorgeous Spicy Orange Sport Band is now available for a meager financial outlay of just $49. 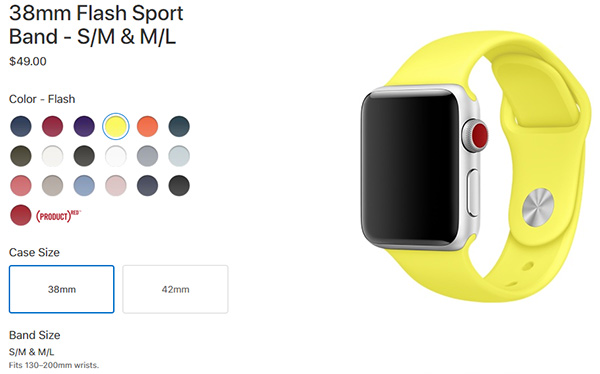 Apple has also taken the opportunity to take the iPhone X silicone case on a similar journey to that of the Apple Watch Sport bands. The Silicone Case range has now been appended with matching Spicy Orange and Flash aesthetics, as well as a stunning variant which Apple is marketing as Cosmos Blue. The latter was previously only available to the Leather and Leather Folio Case range which costs more to purchase. 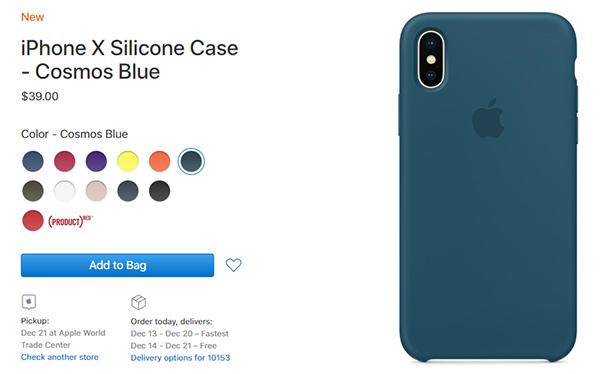 Apple is used to its main hardware products being extremely successful with consumers at all times during the year but will likely have to get used to having similar successes with its growing accessory lineup if this type of progression continues.

If you already own the Apple hardware, then now could be the time to grab some accessories to complement those devices.