Will Apple Release First iOS 11.2.1 Beta Before The Holidays?

It has been what can only be described as manic two and half months of development and progression as far as iOS 11 is concerned. Apple’s initial release of iOS 11 has since been followed up with multiple minor and major updates, culminating in today’s official release of iOS 11.2 which brings multiple new features and fixes some important issues with the platform.

So, what’s next for Apple’s mobile platform? Well, we will ultimately see iOS 11.3 seeded to developers early next year but before that happens we expect to see iOS 11.2.1 issued for testing ahead of Apple’s Christmas shutdown. 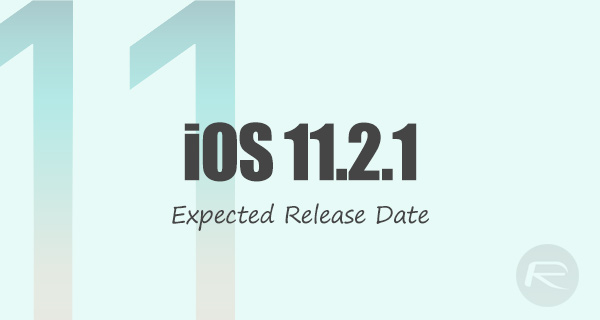 Apple’s release of iOS 11.2 is an impressive one. The integration of Apple Pay Cash and unlocking of faster 7.5W wireless charging for iPhone 8, iPhone 8 Plus, and iPhone X is impressive enough, but then you need to consider all of the smaller improvements, refinements, and security fixes. When you package them all together, you get a release that’s sure to delight compatible iPhone, iPad, and iPod touch owners.

However, as Jony Ive alluded to in a recent interview, devices like iPhone X will continue to become more capable through the release of improved software. That statement alone suggests that Apple is nowhere near done where iOS 11 is concerned. Given Apple’s very bad week with software (macOS 10.13 root password bypass bug, iOS 11.1.2 December 2 date crashing bug), we expect the company to seed iOS 11.2.1 beta 1 into the development and testing communities prior to shutting doors for the annual Christmas break.

Rather than being an impressive feature-packed release, iOS 11.2.1 will be a bug fixing and refinement release concentrating on fixing any errors and issues identified in the release of iOS 11.2. We already know that Apple rushed out iOS 11.2 ahead of schedule to fix critical bugs, so the company could potentially find itself in an unusual position of firefighting where bugs are concerned and trying to keep its head above water.

Internally, Apple has likely already identified some small issues that need to be fixed, which will form the basis of iOS 11.2.1. Additionally, users and developers will be filing bug reports and radars with Apple as we speak, giving the company and its engineers more insight into any issues that are being experienced with iOS 11.2 in the real world before and during the holiday period. As always, we will keep you updated on the status of iOS 11 and let you know as soon as iOS 11.2.1 drops in its first pre-release form.