PSA: Snapchat++ Ban Wave Currently In Effect, Stay Away From ++ Tweaks And Hacks For Snapchat For The Time Being

If you are an avid Snapchat user who simply cannot live without the app, then you can take this as a very welcomed public service announcement. Snap Inc. – the parent company of Snapchat – currently has an ongoing account process in place to find and temporarily ban any Snapchat accounts which are accessing the platform through a modified app experience.

If you love Snapchat and also make use of Snapchat++, Phantom, or similar tweaks, then we strongly recommend abandoning them for the time being. 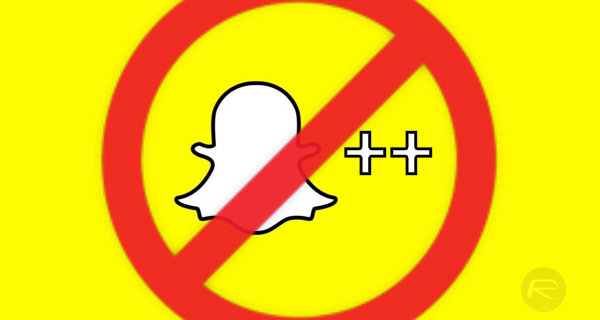 For those that may not know, Snapchat++ and Phantom are essentially modified versions of the official Snapchat experience. Typically accessed by sideloading a modified Snapchat IPA, or by downloading a tweak from Cydia if the device is jailbroken, the apps are accessed with an official Snapchat account but provide a lot more functionality that isn’t offered as part of Snap Inc.’s official App Store experience. The company has already shown that it takes exception to this and regularly embarks on a wave of bans for accounts which are deemed to be accessing the service in this manner.

When a ban wave is in effect, it can typically last 48-72 hours. In that time, Snap Inc. will use internal tools and identifiers to find accounts which are using non-official apps and place a ban on those account.

The ban means that the account will not sign in and will not be able to access any Snapchat services for a pre-defined period of time. History has shown us that bans are typically temporary in nature and can last for a couple of days before getting unbanned and active again. After all, the company wants to fire an initial warning shot before it actually goes through the process of entirely disabling and deleting an account.

With that said, repeat offenders who have previously had a ban applied to their Snapchat account, and continue to fragrantly use modified apps like Snapchat++, are running the risk of getting a total lifetime ban when a wave like this is in effect. Therefore, we currently recommend signing out of all modified Snapchat apps, using the stock app for your Snapchat fix, and staying away from anything modified for the time being until this current ban wave has passed.