It all started when Apple dropped initial iOS 11 beta to developers back in June this year. KeenLab was the first one, demoing a jailbreak at MOSEC 2017 for both iOS 10.3.2 and iOS 11, but there was very limited information known at the time about the progress, and there was no real word on whether or not the China-based team would eventually package it together and release it for public consumption. 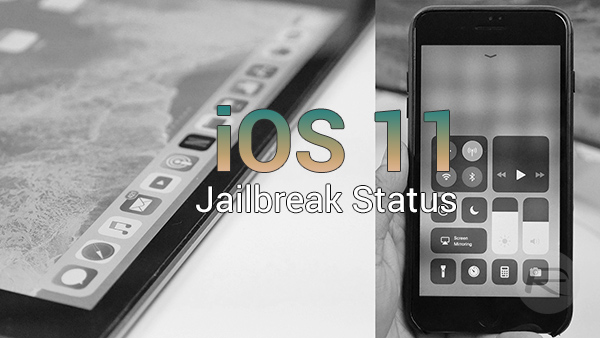 After that there was a big gap and no progress was heard or seen about an iOS 11 jailbreak. Apple released final version of iOS 11 in September. The initial version was so buggy that the company had to issue multiple minor point updates almost every week to fix issues here and there. By end of September, Luca Todesco claimed to have had root access on iOS 11 via a Safari exploit. After Apple released iOS 11.1 in late October, and then iOS 11.1.1 in November alongside iPhone X launch, KeenLab was at it again, successfully demoing first iPhone X jailbreak running on the latest iOS 11.1.1 firmware.

In late November, we learned that both ZodTTD/MacCiti and ModMyi repos were shut down due to lack of new public jailbreak releases.

As soon as Apple released iOS 11.2 (and subsequently 11.2.1) to public with many new features and security fixes, Google’s Ian Beer made it known that he will drop a tfp0 exploit for iOS 11.0-11.1.2 after he reported it to Apple previously, and Apple having already patched it in iOS 11.2. Staying true to his promise, Ian released the exploit to everyone. Apple in the meantime of course stopped signing all firmwares up to iOS 11.1.2. Once Ian’s exploit was out though, it was only a matter of time for a public jailbreak to drop as many developers took over Ian’s work in order to try and convert it into a workable jailbreak.

Abraham Masri was first to release a developer-only jailbreak in the form of to.panga. Jonathan Levin of course updated LiberTV to jailbreak both Apple TV 4 and Apple TV 4K on tvOS 11.0-11.1.

We already have a tutorial up on it, which you can follow here: Jailbreak iOS 11 / 11.1.2 Using LiberiOS, Here’s How [Tutorial].

At the time of release, Cydia and Cydia Substrate are not working properly and that is mainly due to the fact that both haven’t been updated yet with full iOS 11 compatibility. Saurik has already confirmed that he is working on them both so it’s only a matter of time before Cydia is available and usable on iOS 11/11.1.2 jailbreak.

Update x1: In early January, Electra jailbreak for iOS 11.0-11.1.2 firmwares was released with Substitute support, the alternative to Cydia Substrate by Comex. You can follow the guide here: How To Jailbreak iOS 11.1.2 Using Electra With Computer [Tutorial].

Update x4: Final version of Electra 1.0.x jailbreak is out with Cydia support. You can check out our guide on it here: How To Jailbreak iOS 11.1.2 Using Electra With Cydia [Tutorial].