Samsung announced its brand new Galaxy S9 and Galaxy S9+ this past weekend, and understandably there is plenty of buzz around it this week.

As you might expect, there are the usual comparisons with Apple’s own flagship iPhone X are being made and things do not look too great for the new release in one very particular area – raw CPU performance. 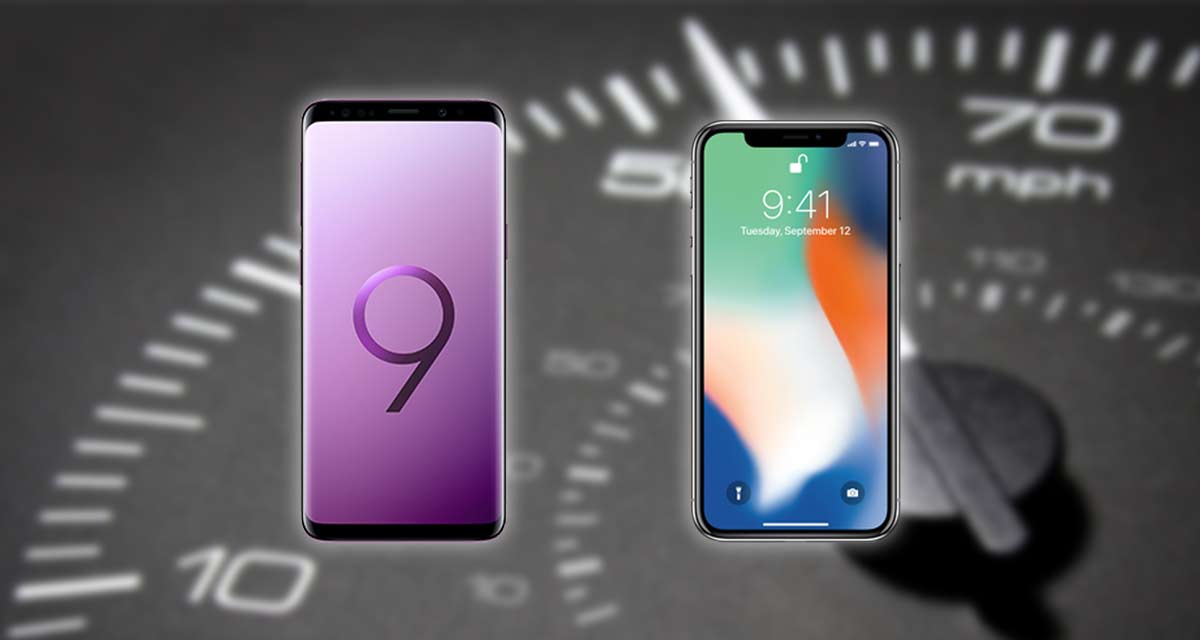 Sporting the new Exynos 9810 that it announced in January, the Galaxy S9 was put through its paces by the folks at AnandTech during its own launch event, and as you might expect, the comparisons with Apple’s iPhone X began almost immediately.

According to the suite of tests run using Geekbench 4, the Exynos 9810 finds itself outpaced by both the A11 and A10 CPUs used in Apple’s last two rounds of iPhones. This goes for singe-core tests for now, although the good news is that this year’s Galaxy S9 does at least best last year’s Galaxy S8 when it comes to CPU performance.

Geekbench 4 single-core test resulted in both integer and floating point scores of 3,734 and 3,440 respectively for the Exynos 9810. However, for comparison sake Apple’s A11 scored 4,630 and 3,958 respectively.

Interestingly, Samsung appears to have down-clocked the Galaxy S9’s processor to 2.7GHz, down from the maximum 2.9GHz that it announced the chip was capable of when it was announced last month.

As for Snapdragon 845, which will be found in units sold in the United States, that particular chip scores even lower than Samsung’s own Exynos 9810 when it comes to single-core performance, with scores of 2,718 and 2,041. 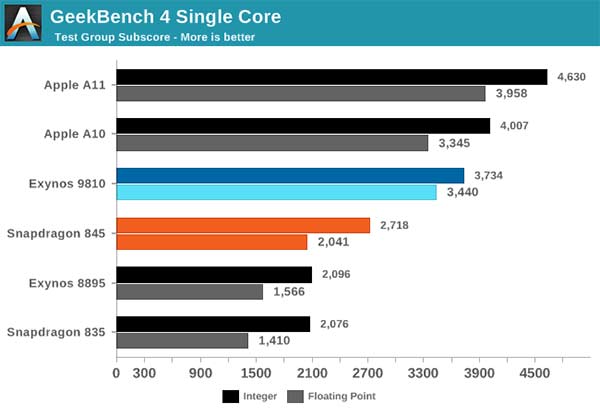 Samsung’s Galaxy S9 and Galaxy S9+ go on sale next month after months of rumors and marks the first big flagship smartphone release of 2018.