Samsung today took the wraps off of its latest smartphone CPU, the Exynos 9810. The chip is expected to be the powerhouse behind the Galaxy S9 and Galaxy S9+ depending on which territory the devices are bought in, and is built on a second-generation 10-nanometer (nm) FinFET process.

While the new chip will obviously be faster than its predecessors it will also be smarter, too. According to Samsung the new Exynos 9810 will include new AI and deep learning capabilities that will enable it to offer features and capabilities similar to those found in Apple’s iPhone X. 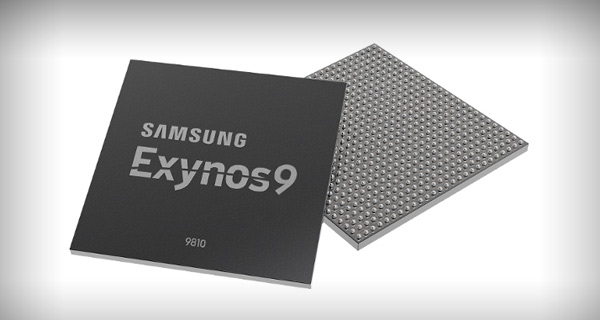 Those include facial recognition and tracking, something that could potentially allow Samsung’s phones to offer features akin to the ever popular Animoji. The new Exynos chip will be capable of 3D scanning of faces, etc, which could also mean a Face ID-like authentication system would be within Samsung’s reach if it was also able to come up with a camera system capable of leveraging that chip.

Exynos 9810 introduces sophisticated features to enhance user experiences with neural network-based deep learning and stronger security on the most advanced mobile devices. This cutting-edge technology allows the processor to accurately recognize people or items in photos for fast image searching or categorization, or through depth sensing, scan a user’s face in 3D for hybrid face detection.

By utilizing both hardware and software, hybrid face detection enables realistic face-tracking filters as well as stronger security when unlocking a device with one’s face. For added security, the processor has a separate security processing unit to safeguard vital personal data such as facial, iris and fingerprint information.

With this being the chip to power Samsung’s next flagship devices, attention is already very much on when those will become available. With an announcement expected during the next few weeks, we shouldn’t have to wait too long until we see the new benefits of this improved chip being demonstrated on a stage somewhere.