Houdini, the unique semi-jailbreak which was originally released last month has been updated and released with added iOS 11 compatibility. Abraham Masri, the developer behind the utility, has also bundled in additional utilities and power with the beta 2 release.

Houdini is unique because it offers what is being referred to as a “semi-jailbreak” experience. 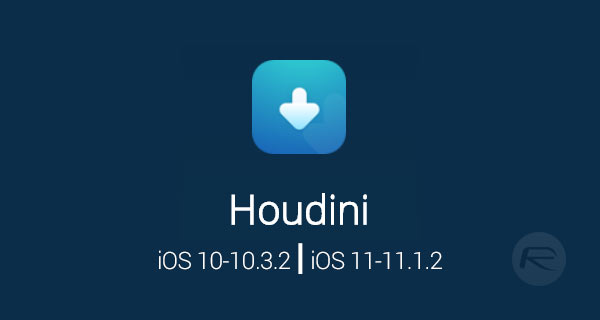 Running Houdini on a compatible device wouldn’t fully jailbreak the device, nor would it allow full packages which require Substrate or a full jailbreak to function, but it will allow customization and theme-based tweaks to be installed. It is for that reason Houdini has instantly resonated with the theming community as well as individuals who only ever jailbreak a device in order to change how it looks and feels.

This latest release, which takes Houdini to beta 2, extends support beyond iOS 10.3.2 with full compatibility for devices running iOS 11 through to iOS 11.1.2 thanks to the work by Google’s Ian Beer. In addition to now being compatible with iOS 11.1.2, Masri has also made some additional changes to extend what Houdini is capable of providing to device owners as well as some internal changes to improve the whole process, including process and security efficiencies. The full changelog for the Houdini beta 2 release is as follows: 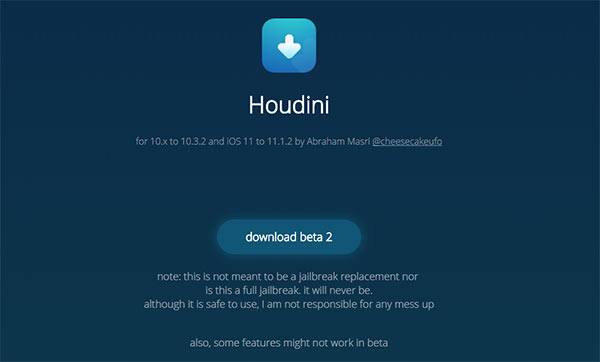 You can grab the latest version of the Houdini IPA over at the official website here iabem97.github.io/houdini_website/. Once you have the IPA with you, check out our guide on installing unsigned IPA files on your iPhone or iPad here: Sideload iOS Apps On Windows, Mac With Cydia Impactor Without Jailbreak, Here’s How.