Apple’s iPhone X, iPhone 8 and iPhone 8 Plus make use of a new CPU that is so tightly tied to the idea of machine learning and artificial intelligence that it gained the “Bionic” tag for its name, but Apple is not alone in having an eye for creating such chips.

Apple claims that by being able to do things like facial recognition on-device, thanks to the new chip, rather than ship processing off to the cloud like Google does with Google Photos, it is able to provide its users the levels of privacy the aforementioned search giant simply cannot. 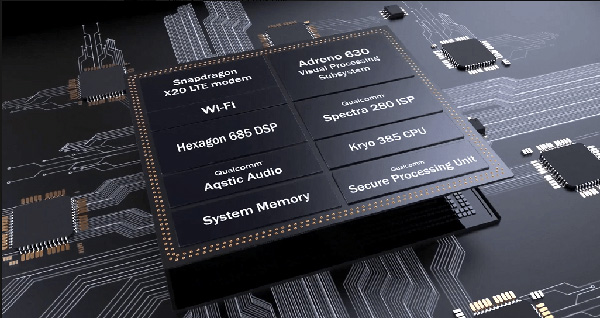 It’s a line that chip maker Qualcomm is now also trying to tow, with the newly announced Snapdragon 845 aimed at keeping user privacy intact. Traditionally, the way things like Google Photos have worked is to send data off into the cloud to have it worked on by servers in data centers. While this allows devices to carry out facial and voice recognition tasks that would have not been possible normally, it also allows companies like Google to collate data in the aggregate, making it possible for services to improve.

Apple takes a different tact by keeping everything on its devices, preserving privacy. Qualcomm’s new Snapdragon 845 aims to do the same, with the company pointing out that being able to process data on a device is quicker than having it sent to the cloud. Latency, as a result, will be improved. In a world where instant responses are demanded, that can be huge.

Equally important is Qualcomm’s version of Apple’s Secure Enclave. Part of the Snapdragon 845 system-on-chip, the secure processing unit (SPU) offers “vault-like security for premium, flagship mobile devices.” The idea is that this will keep everything nice and secure and away from prying eyes, meaning biometric security like fingerprints and facial recognition data will be safer than ever before.

It’s early days for the Qualcomm Snapdragon 845, but with Samsung’s Galaxy S9 expected to ship with the chip beating away at its heart, we could be seeing devices with the chip inside as soon as next month or, at the very latest, early in 2018.