It currently seems that iOS is a freight train heading toward greatness, and Apple’s engineers assigned to the iOS development team are a set of conductors steering that train. Cheesy metaphors aside, Apple has proven on a huge scale that it’s massively committed to developing iOS and pushing it further and further for the benefit of all compatible device owners. With iOS 11.2 now out in the wild, and the initial pre-release seed of iOS 11.2.1 expected anytime soon, where does that leave iOS 11.3?

Well, first of all, let us start by saying that we still expect Apple to issue the first pre-release seed of iOS 11.2.1 prior to the festive shutdown. 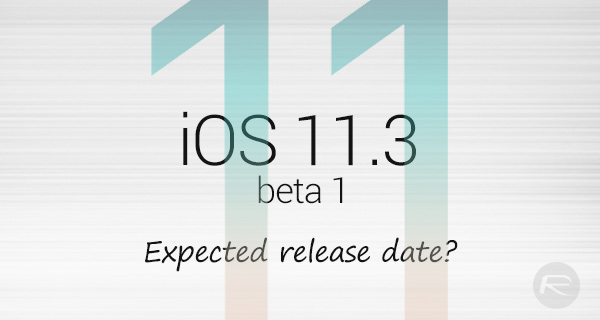 That will mean that developers and testers will have what will likely be a bug fix and improvement release to sink their teeth into during a rare period of downtime. However, looking beyond that, and if we take into consideration historical releases of iOS 9.3 and iOS 10.3, then we can reasonably assume that Apple will look to let iOS 11.3 make a first pre-release appearance sometime in early January 2018 to kick off the new year off with a bang.

A release of iOS 11.3 in January would come approximately 5 months prior to Apple officially revealing iOS 12 during next year’s Worldwide Developers Conference (WWDC). With iOS 12 being a major release, we expect iOS 11.3 to be a semi-major upgrade just like how iOS 9.3 and 10.3 were, meaning that it will go above and beyond simply being a bug fix or security patch release to improve stability and reliability.

In fact, we’d go as far as to say that the release will actually introduce a number of new features which will definitely appeal to 64-bit device owners, and, more specifically, those who own one of Apple’s latest flagship iPhones or iPads.

It’s almost impossible at this stage to predict the exhaustive list of features and improvements which will ship with iOS 11.3 but we expect Apple to at least reintroduce its Messages in iCloud feature which was originally packed into the pre-release seeds of iOS 11.0 but was removed in the fifth beta without warning. At the time Apple did stipulate that it would make a reappearance, and we believe that will be with the release of iOS 11.3.

When deployed to the testing community, we expect iOS 11.3 to go through a number of pre-release iterations before being launched for everyone in Spring 2018 in time for an iPad refresh.