Some of the main features of iOS 11 may still be in the process of rolling out to device owners across the world – think Apple Pay Cash and 7.5W fast wireless charging – but that hasn’t stopped the community from starting discussions about iOS 12 and the features that they’d like to see included.

iOS News And More has taken the opportunity to put together a poll, with the results published on its Behance site, showing the most desirable features that iOS device owners would like to see Apple integrate with next year’s platform progression. 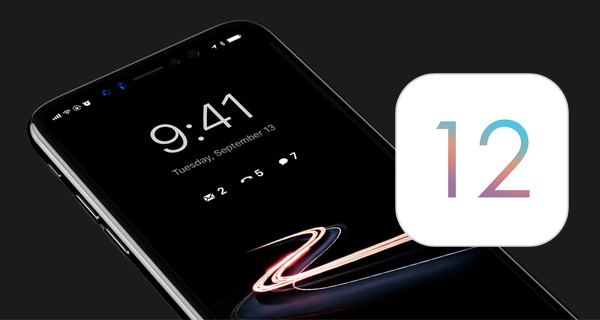 Titled ‘The Ultimate iOS 12 Wishlist’, the information included is essentially based on a poll whereby its readership was asked to share their thoughts and desires on what Apple could potentially introduce with the announcement of iOS 12 at next year’s Worldwide Developers Conference. The list was then appended with some of the publication’s own thoughts and desires to produce a fairly comprehensive list of what iOS 12 could look and feel like when it’s announced in 2018. There is also the inclusion of renders of some of those theoretical features running on Apple hardware.

Sitting top of the pile from a consumer perspective is the belief that Apple should introduce iOS 12 with a revamped design. The current incarnation of iOS 11 is undeniably beautiful and still looks great on modern devices, and in particular iPhone X and its edge-to-edge OLED panel, but the overall platform hasn’t had a major visual refresh since the move from the iOS 6 skeuomorphic days to the clean and clinical iOS 7 aesthetic.

An impressive 10.8-percent of the respondents also requested an official and full dark mode to be put in place rather than the Smart Invert color feature that is currently available in the iOS 11 Accessibility settings. 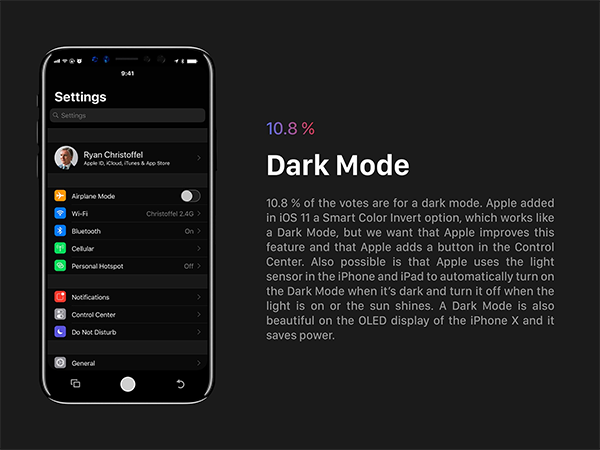 A feature which has been repeatedly asked for has also reared its head once again. 8 percent of those taking part in the poll would like the ability to lock individual apps with Touch ID or Face ID, with 7.1-percent asking for the iPad Split View functionality to make an appearance on iPhone. As we start getting toward the bottom of the list, we see requests such as redesigned app icons, group FaceTime functionality, and the introduction of quick settings to the native Camera app. 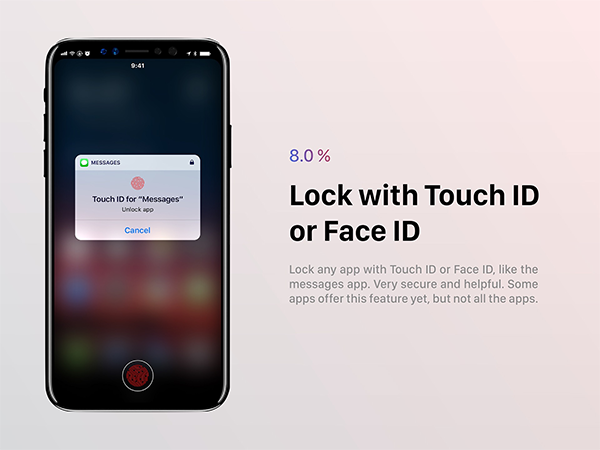 And, as you might have guessed, there is a “one more thing” entry at the end of the poll, which suggests that an always-on display to give information about missed calls, notifications, and the time and date with a quick glance would be extremely useful. 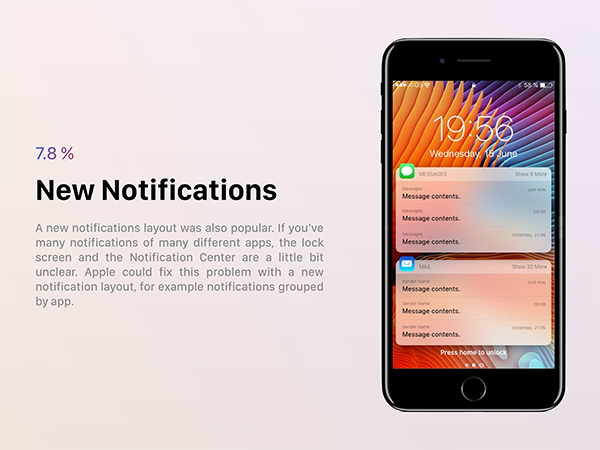 Where do you stand on this list? Has this pretty much covered your hopes and aspirations for iOS 12? Or do you think Apple should have even bigger plans in place for the future of iOS? Check out the full gallery with concept renders at the source link below.