iOS 11.2 Changelog And Release Notes: All New Changes Of Final Version In One Place

After a prolonged period of testing, which involved the release of five pre-release seeds into the development and testing communities, Apple has finally released iOS 11.2 to the general public for all compatible iPhone, iPad, and iPod touch devices.

The release not only means devices owners can install the new firmware but that Apple has also issued an official changelog to show exactly what has changed with iOS 11.2. 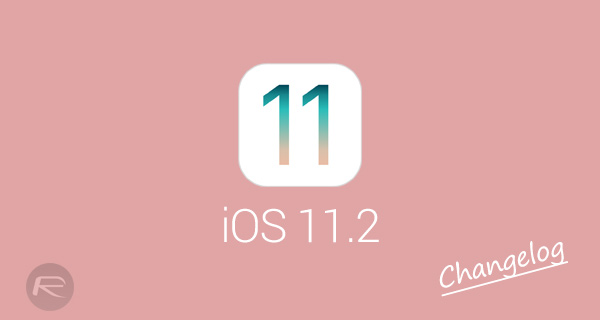 A lot of users will see the Settings icon their device badged and instantly know that there is an update available. Rather than actually tapping on the Learn More in the update information and actually finding out exactly what is included, a lot of device owners will simply download and install the new release, blindly diving into the unknown with no knowledge about what has actually changed. If that sounds like you, then we can at least try and help by giving an overview of the release and telling you exactly what has changed with the release of iOS 11.2.

First and foremost, Apple makes a big point of announcing that iOS 11.2 introduces Apple Pay Cash, which is a way to “send, request and receive money from friends and family with Apple Pay.” This feature was originally teased during WWDC back in June of this year but has now been officially unlocked with the release of iOS 11.2. This is currently only applicable in U.S. with support for other Apple Pay countries coming at a later date. Additionally, iOS 11.2 also includes what Apple describes as “bug fixes and improvements” throughout.

As an example of this, faster 7.5W wireless charging is now active for iPhone 8, iPhone 8 Plus, and iPhone X. There is also the introduction of three brand new Live wallpapers for those installing the update on iPhone X, as well as Sports section in the TV app. The native Podcast app now also has the ability to automatically move onto the next episode after episode finishes, similar to how Netflix works with shows, and there’s now a new downhill snow sports data type in HealthKit. Apple has also looked to fix some niggling issues, including problems with exchange email addresses, forcing music controls on the lock screen to work correctly, and that comical Calculator app bug which allowed random results to appear when numbers were typed in quickly.

While the changelog doesn’t mention it, both the December 2 date bug as well as I.T autocorrect bugs have been fixed as well.

Check out the official release notes below to see the exhaustive list of what’s changed with iOS 11.2.

Have you updated to iOS 11.2 yet? Sound off in the comments section below.