Is Your iPhone Randomly Restarting After December 2? Here’s How To Fix The Problem [Updated]

Is your iPhone on iOS 11 running into a random restarting, crashing, reboot loop issue on or after December 2? Well you are not alone.

It appears that as soon as the clock turns December 2, some iPhone users running iOS 11 are experiencing random crashing of Springboard after every two minutes or so. 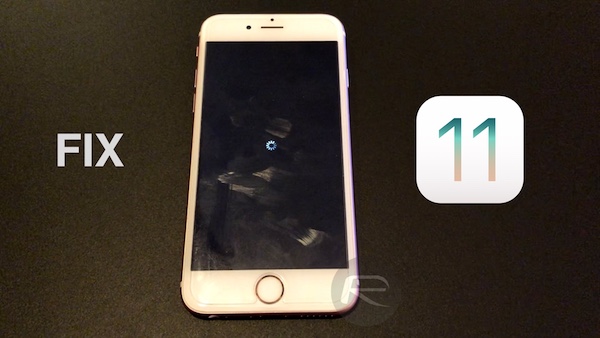 Apple hasn’t issued any official statement on the matter as yet, nor have they said anything about fixing the issue, but they are likely to do that soon. In the meantime, you can follow the fix that has worked for me below. I have multiple iPhones and only one of them (iPhone 6s) seems to be affected by this bug.

While doing something as simple as changing date back to December 1 or as time consuming as setting the phone from scratch using factory reset option might fix the problem, they have their fair share of issues and I won’t recommend doing them. Changing date to a day before December 2 for instance will likely mess up your Calendar, Messages and a ton of other apps that relies on it, and backing up, restoring iOS, and then restoring data is just too time consuming for many.

In my case, iHealth app turned out to be the culprit which was sending me reminders to take weight during different times of the day. Your case and mileage will vary. I have found this to be the best workaround for now without much compromises until Apple issues official statement and proper fix for this.

You can check out the issue in action in the video embedded below:

Have you been hit by this bug? Share your experience and workarounds with us in the comments section below.

UPDATE x1: Apple has released iOS 11.2 to fix this problem. Update to iOS 11.2 as soon as possible. More details on iOS 11.2 release can be found over at: Download iOS 11.2 Final IPSW Links And OTA For Your iPhone Or iPad.

UPDATE x2: You can learn more about the proper fix for this bug here.