Well that was fast. Shortly after we published a guide on how to prepare for upcoming iOS 11.1.2 jailbreak, Apple stopped signing iOS 11.1.2 firmware.

What this means is that those of you who didn’t upgrade or downgrade to iOS 11.1.2 in time can now no longer do so as Apple is no longer signing that firmware for any compatible iPhone, iPad or iPod touch device. 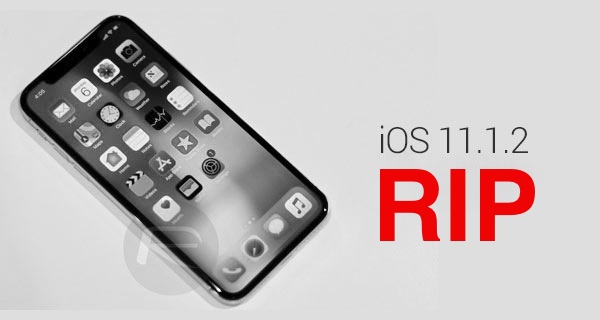 Why does that matter? Well, if you are a jailbreaker, then this might be a big deal for you given Google’s Ian Beer’s recent release of an exploit for iOS 11.0-11.1.2 firmwares which could potentially bring first iOS 11 and iPhone X jailbreak to public. We say potentially because even though the main exploit is here thanks to Ian Beer, someone will still have to pack it in an easy-to-use jailbreak tool for everyone to use.

Given the active talent we have these days in the form of Tihmstar, Abraham Masri, siguza and even Luca Todesco to some extent, chances are that we are going to see a jailbreak for iOS 11.0-11.1.2 based on Ian Beer’s exploit sooner rather than later. The only problem is that those of you who didn’t upgrade or downgrade to pre-iOS 11.2 firmwares will now be out of luck.

Those of you who are running any firmware between iOS 11.0 to iOS 11.1.2 and are interesting in jailbreaking, it goes without saying that stay on those firmware versions and avoid upgrading to iOS 11.2.x.

As always has been the case, we will keep you updated on all the latest from jailbreak world. Stay tuned to RP for more!