Apple Inc. has officially pushed out for download iOS 11.2.1 IPSW links and OTA update to the general public.

The release means that Apple has not only continued the expansion and progression of the iOS platform but that compatible device owners will also have access to a new version of iOS which instantly gives them additional security due to the nature of the content within. 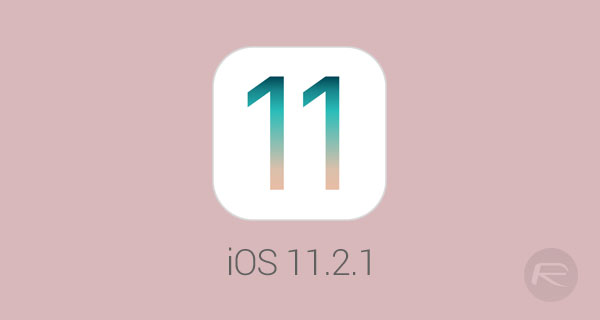 Apple pushed out iOS 11.2 relatively recently, which was a major update with great new features. This latest release is a continuation of that but exists to fix a recently discovered 0-day bug within Apple’s HomeKit which mysteriously appeared upon the release of iOS 11.2. It seems that version of iOS was packed full of new features, including Apple Pay Cash, but also shipped with a significant issue which leaves users homes at risk.

The discovered issue is actually a serious one. Apple rushed out iOS 11.2 ahead of schedule to fix another issue which was causing devices to get stuck in a boot loop. There’s no saying for sure, but it looks as though that rush has meant that 11.2 didn’t go through a strict QA process, resulting it shipping with this HomeKit issue. If exploited, the problem would have meant that malicious individuals would have been able to take control of smart accessories which offer Apple HomeKit connectivity. That would include intelligent plugs, smart lights, and, perhaps more worrying, even HomeKit-compatible cameras in the home and intelligent locks which protect the property.

As part of its plans to fix the issue, Apple acted swiftly to disable remote access of HomeKit devices to shared users, meaning that people were actually protected from the problem. However, the release of iOS 11.2.1 means that the fix is now pushed out more properly to devices and that anyone installing it to a compatible iPhone, iPad, or iPod touch can now go back to use HomeKit devices without fear of compromise. 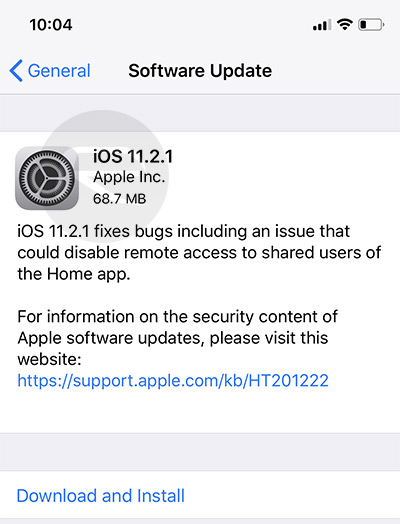 Anyone with any compatible iPhone, iPad, and iPod touch device is able to grab the latest iOS 11.2.1 release right now by launching the native Settings app and navigating to General > Software Update. If an IPSW installation is preferred through iTunes, then that can be grabbed from below.