As we edge ever nearer to the end of 2017 we are starting to see plenty of lists appear, with one of those being the top searches of the year as compiled by the search engine behemoth, Google, and titled Year in Search 2017.

Across the lists, which are broken down into categories such as Consumer Tech, Elections and Memes, there are a few surprises and a few things you might just have forgotten about. 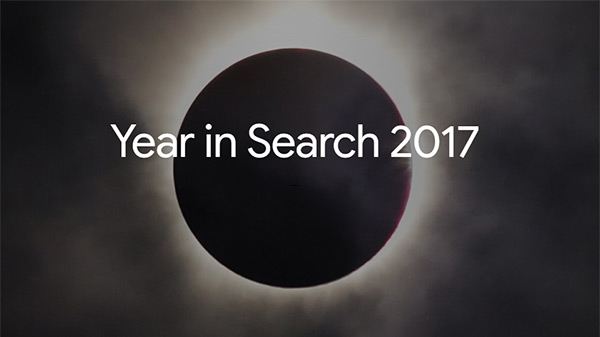 The biggest trend that jumps out to us is the fact that Apple’s new 2017 iPhones take two of the top three spots for overall number of search requests with the iPhone 8 sat in second and the iPhone X in third. Hurricane Irma is the only search that was more popular than either. For those wondering why the iPhone X was beaten out by the iPhone 8, that is likely easily explained by the former having had its name kept as a closely guarded secret until launch whereas iPhone 8 was not.

Other popular searches in the consumer technology category included the Nintendo Switch, Xbox One X, and Samsung Galaxy S8, while movies such as IT and Wonder Woman were understandably popular searches throughout the year. 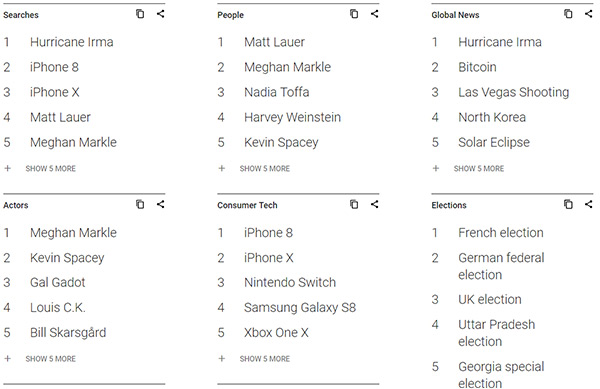 Moving away from technology, Google was keen to put a positive angle on the year by pointing out that searches aimed at helping others were popular. Searches including how to help refugees and flood victims were up there during 2017, perhaps proving that people are not all bad after all.

This year we searched “How” [and “How to help”] more than ever before. The questions we asked show our desire to understand, and ultimately improve the world around us.

Hopefully that is a trend that continues into 2018, too.