Over time, we’ve come to understand that movement in the jailbreak community tends to come in fits and starts. There’s inevitably a period of time where nothing happens, and the wheels turn slow, which is generally followed by a period of rapid progression where key members of the community tend to work closely together to announce and release exploits and tools. 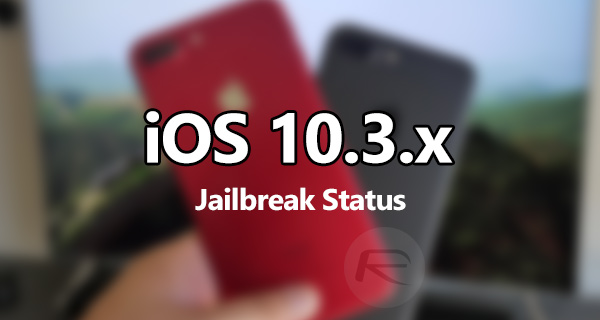 Once again, this activity pattern has proven to be true, culminating in the release of Luca Todesco’s Mach_Portal+Yalu iOS 10.1.1 jailbreak for select 64-bit Apple devices, and the subsequent yalu102 jailbreak for iOS 10.2 for non-iPhone 7 64-bit devices. The Mach_Portal+Yalu was the first ever public jailbreak released for iOS 10 and is based on Google’s Project Zero exploits published by Ian Beer which was patched by Apple in iOS 10.2. The subsequent yalu102 jailbreak for iOS 10.2 uses a different technique but as mentioned earlier only works on non-iPhone 7 64-bit devices and it has been patched by Apple in iOS 10.2.1.

Since as of this writing iOS 10.2 is still being signed, those who have upgraded to 10.2.1 can downgrade back to 10.2 to enjoy the jailbreak benefits yalu102 brings. But since yalu102 unfortunately doesn’t work on iPhone 7 and iPhone 7 Plus, those with Apple’s latest devices are only left with an option to jailbreak on iOS 10.1.1, and that too only if they downgraded to the said firmware in time when Apple was still signing the firmware as iOS 10.1.1 is no longer being signed now.

Luca Todesco has proven himself to be one skillful hacker with the necessary skills and abilities, but releasing a jailbreak for iOS 10.1.1-10.2 and iOS 10.2.1-10.3.x will be an entirely different challenge, especially given that iOS 10.3.x introduces Apple’s new File System APFS. There’s then also the fact that Todesco himself has already said that he will stop working on all public iOS research work after 10.2 jailbreak.

With iOS 10.2.1 and 10.3.x having no single proof yet of a jailbreak, even in private, let alone public exploits being available for it, and with Todesco saying he won’t be working on public jailbreaks anymore, there is currently no iOS 10.2.1-10.3.x jailbreak on the horizon.

Having said that, it is important to remember that where the jailbreak community is concerned, you literally never know what’s around the corner. We have seen surprise releases in the past that came out of nowhere. So it’s highly possible that members of prominent jailbreak teams – such as those belonging to TaiG or Pangu – have been sitting quietly on information or exploits that are usable where iOS 10.2.1-10.3.x is concerned – but haven’t shared anything about them in public yet.

We highly suggest you downgrade iOS 10.2.1 to iOS 10.2 while Apple is still signing the firmware in order to make use of yalu102 jailbreak for iOS 10.2. Also save SHSH2 blobs using Prometheus so that you can downgrade to 10.2 even after Apple stops signing it.

As always, we will endeavor to keep you abreast with the latest iOS 10.2.1-10.3.x jailbreak status, and if anything changes we will bring it directly to you immediately. Stay tuned.

Update x1: Apple has stopped signing iOS 10.2 now, killing the easier way to downgrade using iTunes in the process. You can learn about your other downgrade options here.

Update x2: Final version of iOS 10.3 is now available to download. There is obviously no jailbreak available for it. Stay on lower firmware versions if jailbreak is what you want.

Update x3: Apple has now released a minor bug fix and security update release in the form of iOS 10.3.1. The post above has been updated to reflect this change.

Update x4: At a security conference, Pangu team has demoed a jailbreak for iOS 10.3.1 with rumors floating around that they are going to release it sometime next week. You can find more details on it here: iOS 10.3.1 / 10.3 Jailbreak By Pangu Demoed, Release Date Set For Next Week?, and can prepare your device for the rumored iOS 10.3.1 jailbreak by Pangu by following our guide here: iOS 10.3.1 Jailbreak: How To Prepare Your iPhone For It The Right Way.

Update x6: Apple has today made iOS 10.3.2 available for everyone. We gotta wait now and see if those rumors about Pangu releasing jailbreak after 10.3.2 holds true or not.

Update x7: Well known security researcher has promised to release exploits for iOS 10.3.1 that can then be used by a developer for making a public jailbreak tool for iOS 10.3.1 devices. Here are the details: iOS 10.3.1 Jailbreak Promised By A Security Researcher But It Might Take A While.

Update x10: Apple is now no longer signing iOS 10.3.1 firmware. You can learn more about this update here.

Update x11: Apple has now made available to download final version of iOS 10.3.3.

Update x12: After Ian Beer’s exploit release for iOS 10.3-10.3.2, Jonathan Levin has confirmed that it can be used to create a developer-only jailbreak. More details on it can be found here: iOS 10.3.3 / 10.3.2 Jailbreak: Downgrade From Latest Firmware As Jailbreak Is Possible On iOS 10.3.2.

Update x15: iOS 10.3.1 ziVA exploit which could lead to a jailbreak is now available to download.