After releasing iOS 10.2.1 a week ago, Apple today has stopped signing iOS 10.2 firmware. Here’s what jailbreak users need to know.

As most of you may already know by now, Luca Todesco dropped yalu102 last week to jailbreak iOS 10.2 on all 64-bit devices except the iPhone 7 and iPhone 7 Plus. But with Apple now no longer signing iOS 10.2, those of you who haven’t upgraded or downgraded to iOS 10.2 yet won’t be able to do so now the easier way using iTunes. 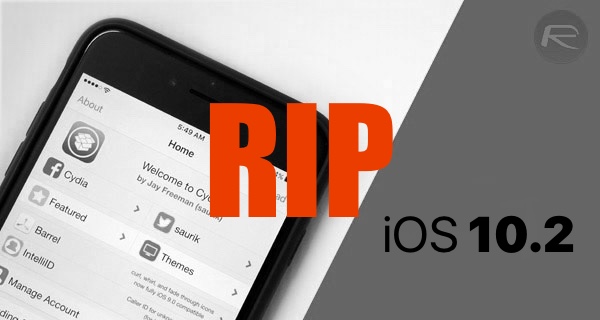 Fortunately, those of you who followed our advice and saved SHSH2 blobs for iOS 10.2 when Apple was still signing the firmware will still be able to technically downgrade to the said now-unsigned firmware using Prometheus set of tools in the near future, though some limitations will apply. You can learn more about it here.

When will next jailbreak come is anybody’s guess at this point. Luca Todesco has already stated that he will be done with public jailbreaks once he has dropped his iOS 10.2 jailbreak. It will be interesting to see if he changes his mind, or if another team like the China-based Pangu or Taig will step in once again.

As always, we will keep you updated once we know more about it. Stay tuned.