iOS 10.3.1 Jailbreak Promised By A Security Researcher But It Might Take A While

A reputable security researcher has promised that you will be able to jailbreak iOS 10.3.1 but it might take a while before it’s released for everyone. Here are the details.

The world of jailbreaking is often just one big game of cat and mouse between Apple and the people who are trying to find ways to jailbreak the latest and greatest versions of iOS. It’s a battle that Apple wins for the most part, assuming you want to be running the most recent versions of iOS, but if you don’t mind using old versions, then you are often just fine. 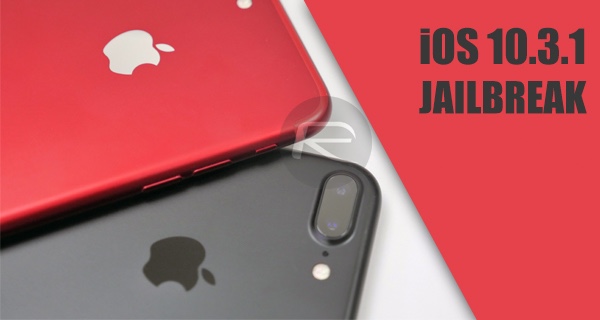 Right now, the most recent version of iOS is 10.3.2 that Apple released a couple of days ago, and according to one security researcher, that includes fixes for no fewer than eight privilege escalation exploits that he told Apple about. The good news is that he is going to release at least one of those exploits, meaning iOS 10.3.1 and older may well be jailbreakable.

The news comes after researcher Adam Donenfeld took to Twitter to promote a new security conference that his firm Zimperium will be at. During a series of tweets, he confirmed the exploits’ existence and the fact he will make at least one available during the conference season. The conference in question takes place in August, so while the wait will continue, there is at least light at the end of the tunnel. 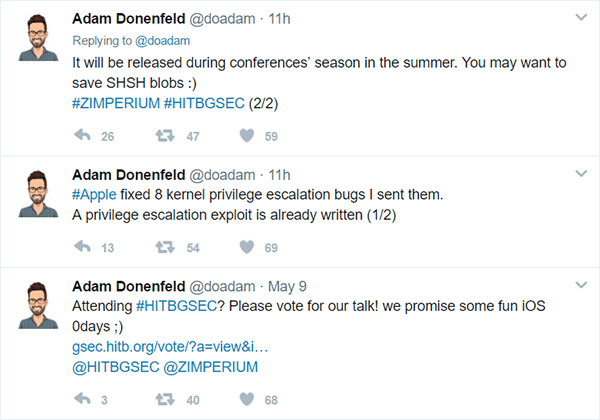 So where does this leave us now? Well, the best thing you can do is save your SHSH2 blobs now and make sure that you are running a version of iOS older than the current iOS 10.3.2. Also, if you have updated to iOS 10.3.2 and are interested in jailbreaking your device, you should downgrade to iOS 10.3.1 while Apple is still signing the firmware. You can learn more about the downgrade process here: How To Downgrade iOS 10.3.2 / 10.3.1 / 10.3 On iPhone Or iPad.

Donenfeld has not confirmed that iPhone 7 handsets will be able to take advantage of this exploit, but he did say that iOS 10.2 is susceptible when asked. He, unfortunately, did not respond to the part of the question that included the iPhone 7.

As always, it’s now a waiting game. Will this security researcher come good? He checks out, so we see little reason to think otherwise, but this is the jailbreak scene he’s dipping his toe into. Literally nothing would surprise us.

Update x1: Adam Donenfeld has now further clarified that he will only release a exploit, not a jailbreak, which can then potentially be used by another developer to make a public jailbreak for iOS 10.3.1.