It’s now possible to download the full and final public release version of iOS 10.3.2 on compatible iPhone, iPad, and iPod touch devices. The immediate availability of Apple’s latest firmware brings to end a relatively short beta period, a period which also witnessed the release of iOS 10.3.1 without any public testing. 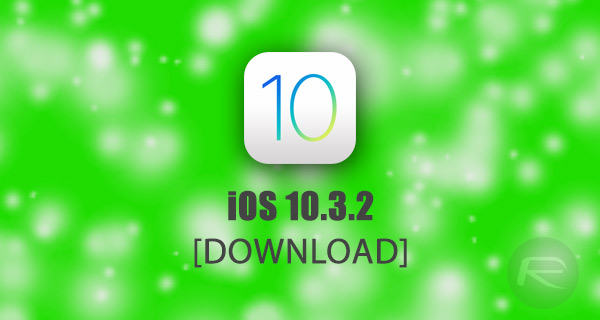 After releasing a small number of pre-release seeds to developers enrolled in the Apple Developer Program, and public testers registered with the Apple Beta Software Program, Apple has now found itself in a position of comfort with iOS 10.3.2, and therefore has finally pushed it out to the general public for download and consumption. With immediate availability, compatible device owners can grab the latest version as either an over-the-air download, or with an individual installable IPSW file for installation via iTunes.

From a feature perspective, the reason we haven’t had a prolonged beta period, likely correlates to the fact that this is very much a minor point release, and therefore doesn’t come with a ton of new features and functionality. One change, which is particularly relevant to those who embrace iOS and CarPlay, is a fix put in place to ensure that “SiriKit car commands should now work as expected.” Apple has also ensured that any apps or services attempting to place audio or FaceTime calls will now be hindered by a user-facing alert to ensure that it is actually the user who placed that call.

Those individuals who hold a compatible iPhone, iPad, or iPod touch in their possession are able to head on over to the Software Update facility within Settings (General > Software Update) and force the latest iOS 10.3.2 OTA update right now. This will be downloaded and installed to the device as an over-the-air update, ensuring the latest and presumably greatest version of iOS is on the device in question in record time. 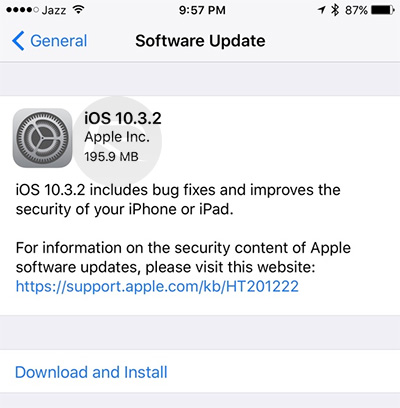 Alternatively, those who may have been experiencing difficulties with their device, or who simply love nothing more than to use a new software update as the mechanism to start from the beginning with a fresh installation on a restored device, can download the iOS 10.3.2 IPSW file for their device from below. It can then be used to install onto the device using iTunes.