With iOS 10.3.2 beta 1 out now, here are the changes and official release notes, in short, here’s everything new in one place according to Apple.

Apple today released the first beta of iOS 10.3.2, and while it is currently only available to registered members of the developer program, it is surely only a matter of time until the company also makes the download available to members of the public beta program also. The downloads, available as an OTA or direct from Apple’s developer portal, show that the iPhone and iPad software is apparently going to skip iOS 10.3.1 altogether, instead opting to go straight o iOS 10.3.2. The reasons for this are unknown at this time.

As with all of Apple’s beta releases, attention has already turned to what has changed in this particular release.

Coming just a day after Apple released iOS 10.3 to the public, this beta release does not bring a huge number of changes, according to the official changelog Apple has made available, though one of them could potentially be important for those who take advantage of Siri in the car. Apple notes that “the new SiriKit car commands should now work as expected.”

Beyond that, there are a couple of other changes which will make a smaller difference to most people using the software, with the majority likely to not notice the change to how iOS will now handle requests to make phone or FaceTime calls via a URL scheme. According to Apple, iOS will now ask for permission to place the call rather then simply initiating one as is the current behavior. This will prevent rogue apps from placing calls at the touch of a button which could, at least potentially, prove to be a security risk. 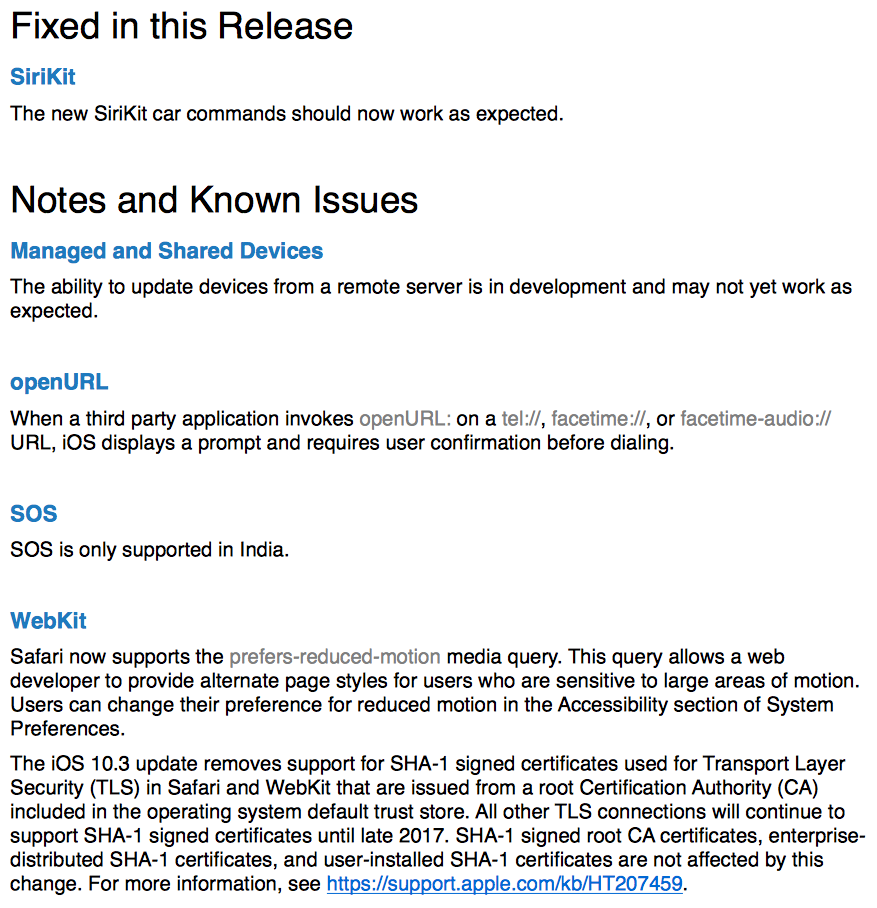 It is unclear how many beta releases iOS 10.3.2 will see before it arrives on iPhones and iPads around the globe, but with a beta landing so soon after iOS 10.3’s release we suspect Apple wants to get this out the door sooner rather than later.