When it comes to tools for jailbreaking iOS devices, Pangu are where it is at. The folks working on jailbreaking iOS within the Pangu Team have been at the forefront of creating tools that can take iOS and turn it on its head before bending it to their will for a good long while now, and with iOS 10.3.1 patiently waiting to be jailbroken and final version of iOS 10.3.2 just around the corner, they are at it again, or at least so as it seems.

On the heels of a recent iOS 10.3.1 jailbreak demo by the team, a posting in Chinese to the social network Weibo now claims that the Pangu jailbreak for iOS 10.3.1 is indeed on the way. 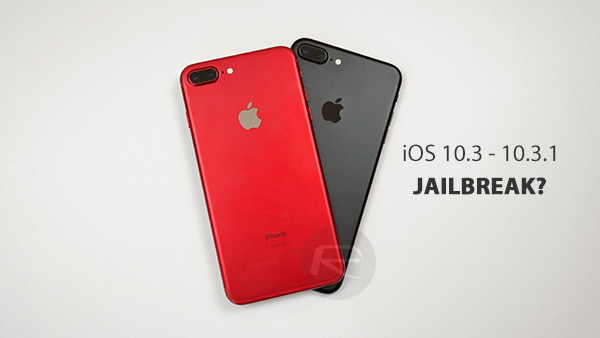 The post appears to claim that a jailbreak for iOS 10.3.1 is ready to rock and roll, but it will not be released until iOS 10.3.2 is out and available for everyone to download, presumably to ensure that Apple cannot work to plug whatever hole the Pangu jailbreak is taking advantage of.

In the meantime, anyone who has not updated to iOS 10.3.1 should probably hold off doing so until the jailbreak is actually released, and anyone who wants to jailbreak should certainly avoid updating to iOS 10.3.2 when it launches.

If all things happen accordingly, then Apple should release iOS 10.3.2 to the public next week, but students (slang for followers of) looking to jailbreak should wait, because @PanguTeam is planning to release an iOS 10.3.1 jailbreak tool (codenamed Janus), the average person would expect this tool to be released after iOS 10.3.2 is released to the public. Of course, once again, if you’re not on iOS 10.3.1 (implying if you are below iOS 10.3.1), you should probably not upgrade your firmware just in case this is an Oolong (slang for something being fake).

Since there is no official confirmation from the Pangu Team that this is definitely legit, we will suggest taking this with a grain of salt. But in the absence of anyone telling us that it is not, we are going to cross our fingers and hope that we will be jailbreaking iOS 10.3.1 soon enough.