Apple has seeded macOS 10.12.5 beta 5 seed to both developers and those on the public beta program, with the update coming a week after the fourth was pushed out to a similar audience.

Apple’s last official release to the public was macOS 10.12.4, arriving a month ago. As the beta releases continue to rack up, it is expected that the final version of today’s beta software will arrive soon. 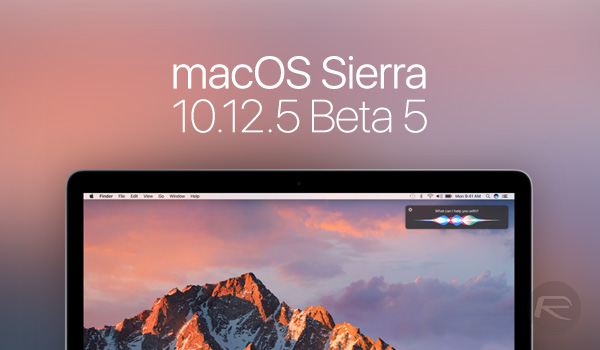 Those who are eligible to download the new update can do so via the Mac App Store, or the Apple Developer Program portal if a full download is required. Apple’s release notes for such beta updates tend to be a bit hit and miss at the best of times, and this release is certainly one for the former category. Apple simply says that the update “improves the stability, compatibility, and security of your Mac.”

The lack of interesting text in the release notes may be for a good reason though, because so far, nothing new has been discovered as part of this update. In fact, the first four beta releases told a similar story, with Apple preferring to offer updates and fixes that are under the hood of macOS rather than adding new features that will grab headlines.

In a day and age where Apple’s software quality control has been called into question on numerous occasions, the approach of ensuring stability above all else as part of this round of updates may be a good path to follow for the Cupertino outfit. If Apple can stop its computers from having glaring bugs as it has been unable to do in the recent past, we are certainly all for it!

As always, for more on Apple’s Developer Program and installation instructions for the beta, head on over to developer.apple.com.