Rejoice Mac owners. Apple has finally made available to download macOS 10.12.4 final version, bringing an end to a period of beta testing – two to be exact – which has included registered macOS developers of Apple Developer Program, and public testers enrolled in the Apple Beta Software Program. The success of that testing process has finally put macOS 10.12.4 in a place where it’s publicly ready for download and use.

It’s always a visual treat when you open up the Mac App Store and see that one of the available updates is actually a major macOS improvement. It’s even better when you know that the version being offered, supersedes your current OS version, and actually packs some tangible features and improvements rather than just under-the-hood bug-fixes and performance improvements. 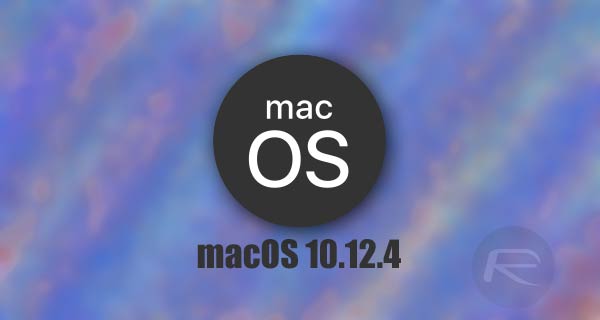 One of the most interesting improvements, albeit not the most useful for the majority of users, is that macOS is now capable of actually reading embedded data stored on a Windows EXE file. Rather than being a useless file, macOS now reads that information and makes things a little more presentable by using the actual logo or icon associated with that file.

Apple has also taken things further in the right direction with macOS 10.12.4 by introducing Night Shift mode to change the display temperature of Macs at night, as well as bringing more power to developers by allowing them to directly respond to App Store reviews for their apps.

This should hopefully take some friction away between developers and app users by allowing conflict to be resolved in a better manner.

Lucky owners of MacBook and iMac hardware can download and install macOS 10.12.4 right now without delay. Those familiar with how macOS works, will understand that they can simply head on over to the Mac App Store right now and select the Updates tab. This should instantly pull through the latest macOS 10.12.4 update and initiate the update process. Of course a full reboot of the machine will be required as and when the install finishes.

If you have become excited, and acted immediately, then it is highly possible that the update may not actually be showing in the Mac App Store just yet depending on your region. Exercise some patience and keep checking the Mac App Store back as it will most definitely appear.