You can no longer downgrade from iOS 10.3.3 to iOS 10.3.2 with iTunes on compatible iPhone, iPad and iPod touch devices. Here’s why.

With Apple having just killed the signing window for iOS 10.3.2, what it means is that you can no longer downgrade or upgrade to the said firmware. 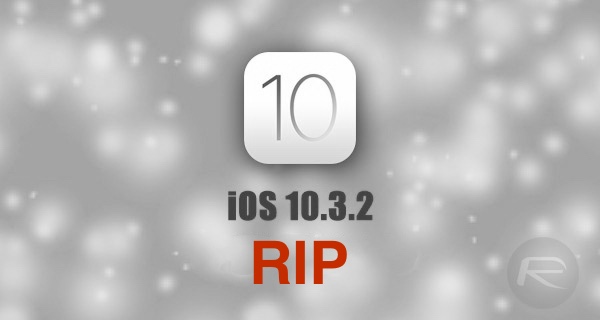 Now normally that wouldn’t be too much of an issue, but with rumors of iOS 10.3.2 jailbreak doing the rounds, there’s a possibility of a public jailbreak dropping for iOS 10.3.2 and in case that happens, it now won’t be usable by those who aren’t already on 10.3.2 or who didn’t save the SHSH2 blobs for their devices in time when Apple was still signing the firmware.

iOS 10.3.3, which was released late last month, patches some critical expoits including one discovered by Ian Beer of Google’s Project Zero team after which Ian made it available to public. If the word of a well known security researcher is anything to go by, the exploit made public by Ian can be used with other vulnerabilities to make a developer-only iOS 10.3.2 jailbreak.

It’s for this reason why we recommended everyone to save their SHSH2 blobs for iOS 10.3.2 while Apple was still signing the firmware so that you could downgrade to it in case a jailbreak drops.

While we haven’t heard about any further progress being made on this so called developer-only jailbreak since then, we really hope it’s still being worked upon and will be released for everyone when ready.

As is always the case, we will keep you updated on all things jailbreak. Stay tuned to RP for more!