Apple is clearly getting a handle on the production of iPhone X. We’ve been seeing shipping times for the company’s new flagship smartphone improve steadily over the last few weeks with delivery estimates moving to just 1-2 weeks early last week.

Following on from that, Apple has made further improvements, with customers who purchase iPhone X today likely to receive it in just seven days’ time.

When iPhone X initially went under the pre-order hammer, it was as popular as everyone had expected it to be. Apple’s initial inventory was depleted in a matter of minutes, meaning that shipping estimates were immediately displaying 5-6 weeks of wait time. By working with production partners and ramping up production volume where possible, Apple has periodically managed to bring those delivery times down, meaning that anyone purchasing an iPhone X right now should receive delivery in approximately seven days, and most definitely in time for the important festive season.

Ming-Chi Kuo, who works as an analyst for KGI Securities, generally keeps his ear to the ground where Apple and its supply chain is concerned and attributes the improved shipping estimates to the fact that Apple has worked closely with suppliers in order to ramp up the number of units being manufactured on a daily basis: 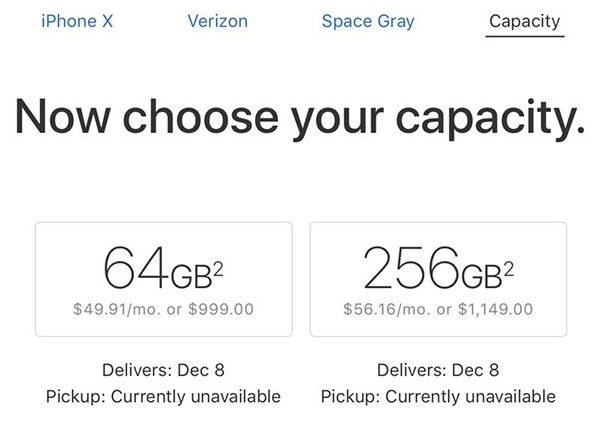 The release of iPhone X may have generated a lot of hype but it also came with the same concerns and worries that we see every year when Apple releases a new device. Analysts and industry insiders immediately hit the panic button and assumed that the Cupertino-based company won’t be able to keep up with demand.

The belief was that Apple would continue to see supply troubles heading into 2018 and that it could potentially miss out on big business during the festive shopping season. The recent shipping estimate improvements and the fact that Apple is working a lot closer with manufacturing partners suggests that those worries are really a non-issue as we head into one of the busiest shopping periods of the year.