iPhone X Got Sold Out Within Minutes, New Orders Won’t Ship Before End Of Year

After going on pre-order sale in more than 55 countries and territories at 12.01 AM Pacific Time, the most highly anticipated device in iPhone history is now showing up wait time of 5-6 week for delivery. 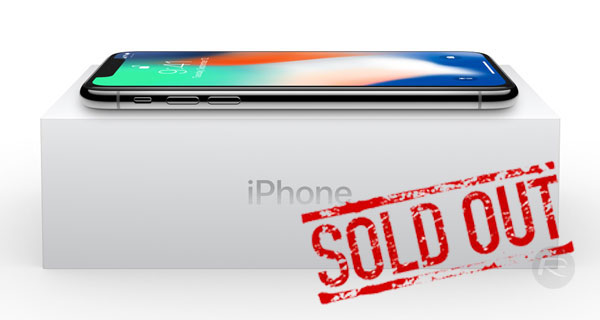 It’s always an extremely interesting ride when Apple’s pre-order situations come around every twelve months. You always get the feeling that demand will far outweigh Apple’s initial supply, but the real fun part is waiting to see just how quickly the initial stock sells out as well as the estimated length of time that interested consumers are then asked to wait before a new batch arrives. Apple doesn’t give indications of how many devices it actually has as part of the initial run, but once again we’re in a position of having to exercise patience with shipping times showing as 5-6 weeks at the time of writing.

Rumors prior to iPhone X actually going up for pre-order suggested that Apple had put in place an initial run of approximately 2-3 million iPhone X units to try and handle the initial rush. It was also suggested that production would ramp up before the festive period which is typically Apple’s most lucrative time of the year for sales of new devices. Even still, those reports are entirely unofficial, meaning that we don’t actually know how many units have flown off Apple’s shelves this morning.

If the 2-3 million-units-prediction is anywhere near accurate, then at the minimum price of USD 999.00, Apple would have raked in an approximate $2 billion in revenue in just a little over 3 minutes time. 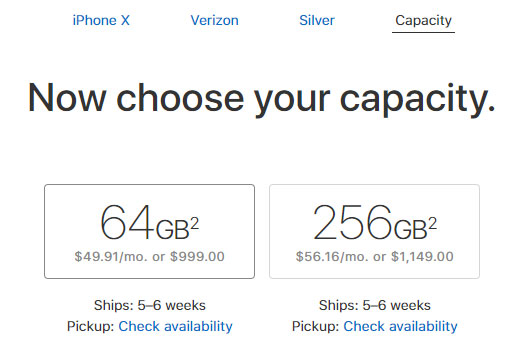 As things stand right now, it’s going to be approximately 5-6 weeks for delivery of a new iPhone X in multiple different markets, which shows just how popular the device is proving to be. Those estimates will also be based on Apple’s project manufacturing yields, so they are unlikely to change anytime soon.

It was always going to be a popular device but we’re unsure if anyone would have predicted a total sell-out within couple of minutes time. Did you manage to get one for November 3 launch day delivery? If not, there’s always a chance of grabbing it on launch day by lining up in front of an Apple Store. Apple has itself confirmed that they will have some stock for walk-in customers on November 3 launch day.