Apple has released a new Tracker Detect app for Android that will allow people to check whether an AirTag is nearby.

The app, which is a free download from the Google Play Store, is designed to help people identify whether they are being tracked by an AirTag.

People have been concerned that others could use AirTags to track their location without their knowledge, something that iPhone owners can already keep an eye out for — they’ll receive an alert if an unknown AirTag is discovered. Now, Android users have an app that can be used to scan for unknown AirTags that could potentially be used to follow their location.

Tracker Detect looks for item trackers that are separated from their owner and that are compatible with Apple’s Find My network. These item trackers include AirTag and compatible devices from other companies. If you think someone is using AirTag or another device to track your location, you can scan to try to find it. 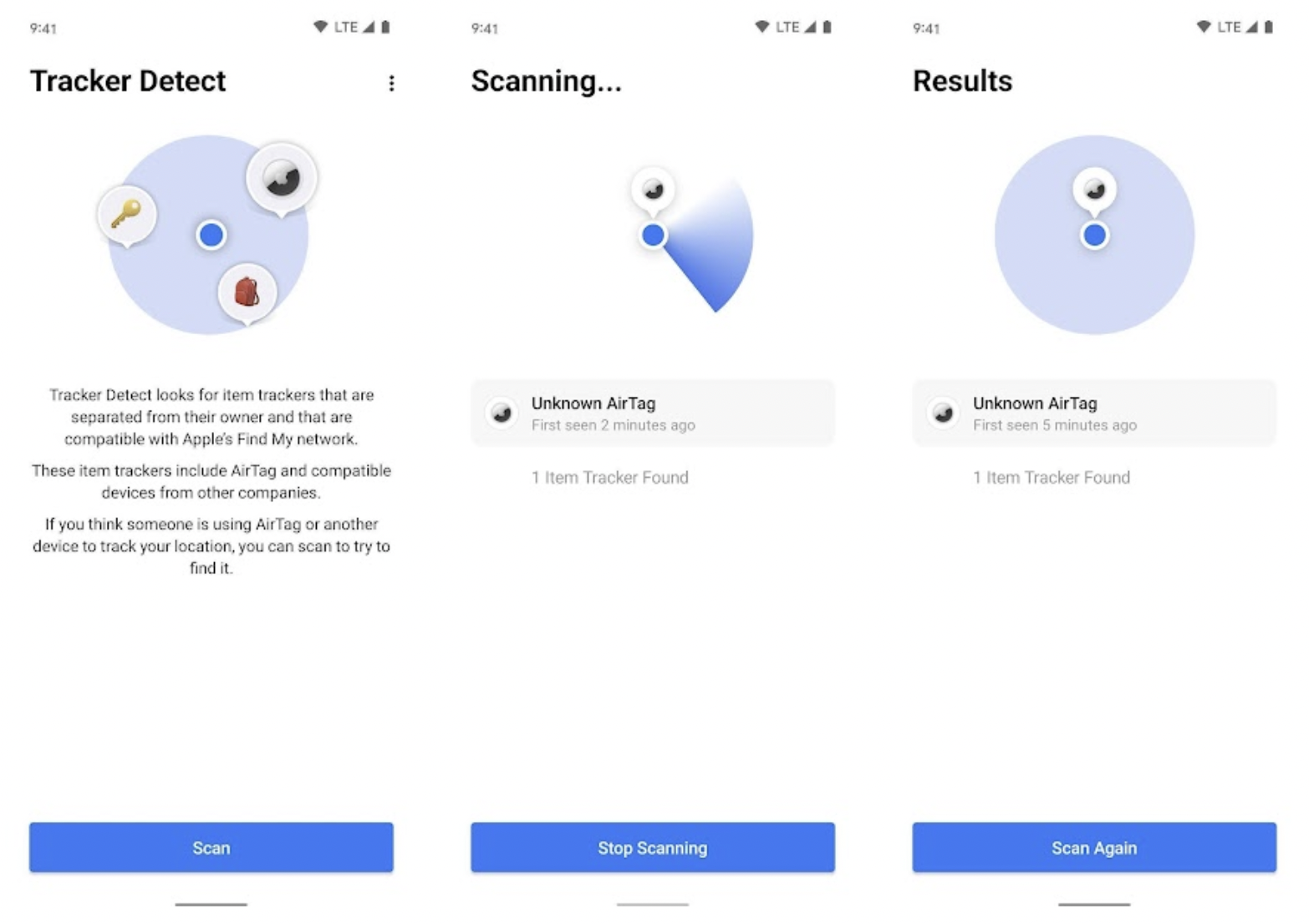 The app is already receiving negative reviews in the Play Store thanks to the lack of automation. Scans are only carried out when the user requests it, meaning no proactive monitoring takes place. It’s possible that could change in a future update, of course.

Anyone who wants to download the new Tracker Detect app can do so from the Google Play Store now.