Steve Jobs Named As Financial Times ‘Person of the Year’ 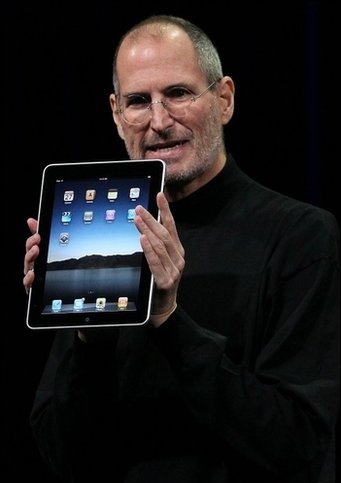 The main reason why Jobs was chosen as FT’s ‘Person of the Year’ was because of the immaculate success of the revolutionary tablet iPad, which was announced back in January this year.

A rebuttal of F. Scott Fitzgerald’s much-quoted aphorism that there are no second acts in American life does not come more decisively than this. When Steven Paul Jobs first hit the headlines, he was younger even than Mark Zuckerberg is now. Long before it was cool to be a nerd, his formative role in popularising the personal computer, and Apple’s initial public offering on Wall Street – which came when Mr Jobs was still only 25 – made him the tech industry’s first rock star.

Now, three decades on, he has secured his place in the foremost ranks of the West Coast tech titans who have done so much to shape the world around the turn of the millennium. Long-time nemesis Bill Gates may be richer and, at his peak, arguably exerted greater sway, thanks to his monopoly over the world’s PC software. But the Microsoft co-founder has left the stage to devote his life and fortune to good works. It is Mr Jobs who now holds the spotlight.

This is definitely not the first title or award that Steve has taken away. In September this year, Steve Jobs was honored with the title of "Lifetime Achievement in Technology" at the Vision Awards.

Last year in November, he was also given the "CEO of the Decade" title, and was named as the “World’s Most Valuable CEO” by Barron’s.  And yet again, earlier this year in March 2010, he managed to make space for his name in the annual list of the best CEOs in the world  by Barron’s. In the same month, "The Fortune Survey report" was released that declared Apple’s CEO as the “Smartest CEO”, and their Senior Vice President, Jonathan Ive as the "Smartest Designer" in tech. industry. Apple as company was declared as the “World’s Most Admired Company for 2010”, and that too consecutively for the third year in a row. The report also showed that in the 2010 edition of their annual ranking of "World’s Most Admired Companies", Apple Inc. was at the top of the list for the third year in a row, and by the highest margin ever in the ten-year history, beating other internet Giants like Google and Microsoft.