It was in March this year when Apple was declared as the “World’s Most Admired Company for 2010”, and that too consecutively for the third year in a row. Fortune’s report showed that in the 2010 edition of their annual ranking of "World’s Most Admired Companies", Apple Inc. was at the top of the list for the third year in a row, and by the highest margin ever in the ten-year history, beating other giants like Google and Microsoft. Today, Apple achieved yet another two grand successes. The Fortune Survey report released today declares Apple’s CEO Steve Jobs as the “Smartest CEO”, and their Senior Vice President, Jonathan Ive as the "Smartest Designer" in tech. industry.

When Steve Jobs returned to Apple in 1997 after a 12-year exile, the company was close to bankruptcy. Thirteen years later it has a market cap of $250 billion and is the world’s most valuable tech company, transforming whole industries along the way. iTunes reinvented music. Pixar, now part of Disney, elevated animated films. The iPhone changed telecom. And the new iPad has other computer makers scrambling to respond. Rocking one industry could be luck, but upending four? That’s smart.

Steve Jobs dreamed up the iPhone, but Jonathan Ive created it. As Apple’s senior vice president of industrial design, Ive, 43, is an expert at manufacturing lust. Like his boss, he is a perfectionist who leads a small team working in near secrecy.

In November last year, Jobs was also given the title "CEO of the Decade", and was named as the “World’s Most Valuable CEO” by Barrons. 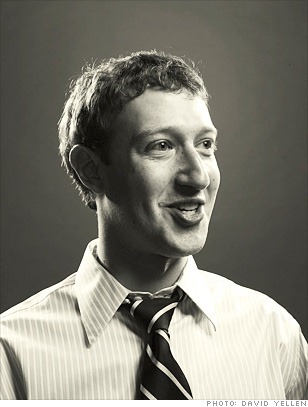 Some people surely scoffed in 2006 when a 21-year-old college dropout turned down a billion-dollar buyout offer from Yahoo. But from the outset Facebook founder Mark Zuckerberg was sure that the website he started coding from his Harvard University dorm room would be more than a time waster. He was designing a utility — much like the telephone or the radio before it.