Comedian Bill Maher on Saturday night made a vey bold statement saying that Steve Jobs should run for the Oval Office as he would do a better job than the current Obama Administration. Maher was clearly disappointed by President’s recent remarks in which he stated that iPads, iPods, Xboxes and PlayStations were a source of distraction, rather than a tool of democracy for the United States. 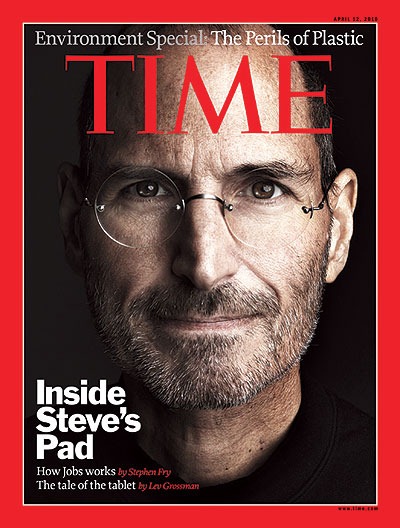 Maher, in his show highlighted a number of government problems, and then wrapped it up by saying that “America needs to focus on getting Jobs — Steve Jobs”. It is important to note here that Apple was recently awarded the "most admired company in the world for 2010", and Steve Jobs was given CEO of the Decade award by Fortune because he “revived Apple and remade entire industries, defying the worst economic conditions since the Great Depression.”.

Check out this video below to see what exactly did Maher said about Jobs and Obama.

America needs to focus on getting Jobs — Steve Jobs. Because something tells me that Apple would have come up with a better idea for stopping an oil spill in the Gulf of Mexico than putting a giant box on top of it.

In 2001, Apple reinvented the record player. In 2007, the phone. This year, the computer. I say, for 2011, we let them take a crack at America. Our infrastructure, our business model, our institutions. Get rid of the stuff that’s not working, replace it with something that does. For example, goodbye US Senate — Hello Genius Bar! So good luck, Steve — you’ll need it!

Do you agree with him? Let us know your thoughts in the comments section below. [via Mashable]