A 25 year old Frenchman was successful in hacking into US President Barack Obama’s, and Britney Spears’ Twitter account this Wednesday. According to Reuters, this young Frenchman used administrator account of Twitter to break into account of US politicians and stars. No harm was done though as the hacker didn’t extract any personal account information. He did it all for thrill and fun. 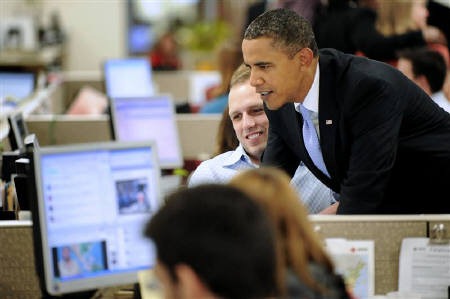 His aim wasn’t to make money. It was simply to show that he was able to access accounts of Twitter members. And the best proof of that is that he did screen grabs of certain confidential data which he tried to post on blogs that are reserved for pirates or hackers.

The hacker in question, who goes by the name of HackerCroll online is now under arrest in the central French town of Clermont Ferrand. [via Reuters]

You can follow us on twitter or join our facebook fanpage to keep yourself updated on all the latest from Microsoft, Google, Apple and the web.