New Galaxy S11+ Renders Show Five Cameras On The Back

We’re still a couple of months away from when we expect Samsung to announce its latest flagship phones in the form of the Galaxy S11 and Galaxy S11+ but that isn’t stopping the leaks and renders from making their way around the web, the latest of which come courtesy of @OnLeaks and CashKaro.

The images shared are high resolution – 5K, to be exact – and show the supposed Galaxy S11+ from a multitude of angels and we have to say that we kinda like what we see. The CAD renderings show a phone that measures around 166.9 x 76 x 8.8 mm with power and volume buttons located on the left side of the phone. The bottom is where you’ll find the USB-C port and speaker holes. 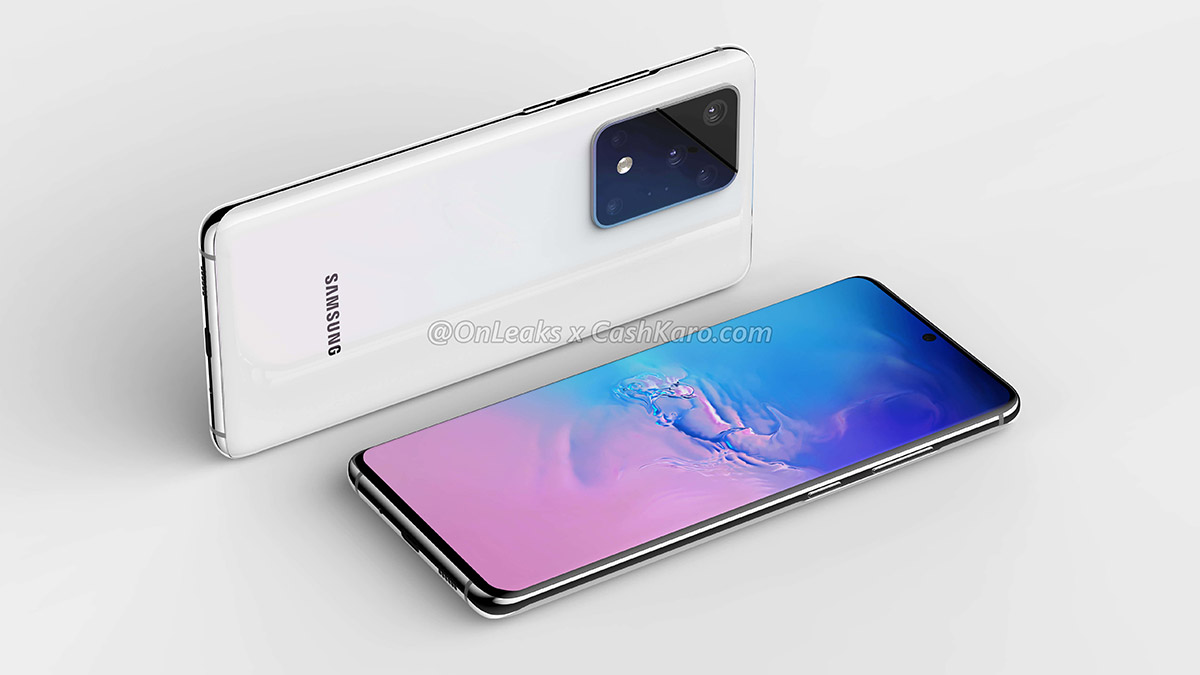 That means that there will again be no headphone jack, despite Samsung mocking Apple for not having the same port in recent years. Life comes at you fast, apparently.

While all this is fine, it’s around the back where things start to get really interesting. There appears to be an odd L-shaped camera layout in a sizeable camera bump. That bump is home to five different camera sensors as well as an LED flash and two other sensors. Those are likely to be LaserAF and Time-of-Flight sensors, but we’ll have to wait for this thing to be announced to know for sure.

Overall, this thing looks pretty great, but again, until Samsung announces the phone officially, we’ll be taking these things with a large grain of salt.