The highly anticipated Checkra1n jailbreak for Apple’s iOS devices running up to A11-powered devices has been officially released. After much anticipation, speculation, and after being presented to a packed security conference, one of the most exciting jailbreak solutions for a long time is finally here!

Believe it or not, the road to production has been extremely short and fast-paced as far as Checkra1n is concerned. Developer and well-know security research axi0mX showcased his checkm8 bootrom exploit in early October and it feels like it has been pedal-to-the-metal ever since then.

The jailbreak was officially shown off by Luca Todesco approximately one week ago, and is now here, in production, ready for the exciting jailbreak-loving public to get their hands on.

So, what is Checkra1n, what devices will it support, and what versions of Apple’s iOS platform will it liberate? All very good questions. Checkra1n is the latest jailbreak utility to be cobbled together by some of the best in the jailbreak community. It is based on the aforementioned checkm8 bootrom exploit and will initially only offer support for macOS users. The team has confirmed that support for Windows and Linux users is coming but this initial release is limited to those with a Mac running a compatible version of macOS.

One of the great things about this jailbreak is that its main payload is executed prior to the operating system actually being executed. So, yes, you guessed it, that means that it will work on any firmware version on any susceptible device. If you have a device running an A11 processor or below – newer devices have this issue patched – then you are good to go as far as Checkra1n is concerned. Great news for you, terrible news for Apple.

From a compatibility perspective, Checkra1n will ultimately support iPhone 5s through iPhone X, running iOS 12.3 and above but this initial release has been artificially limited. In that sense, the maiden release does not offer compatibility with iPad Air 2, iPad 5th Gen, iPad Pro 1st-Gen while iPhone 5s, iPad mini 2/3, iPad Air 1 has experimental support. All other devices though, including and up to iPhone X, are fully supported on iOS 12.3-13.2.2.  There is currently no timeline on when an update will follow with support for those devices. 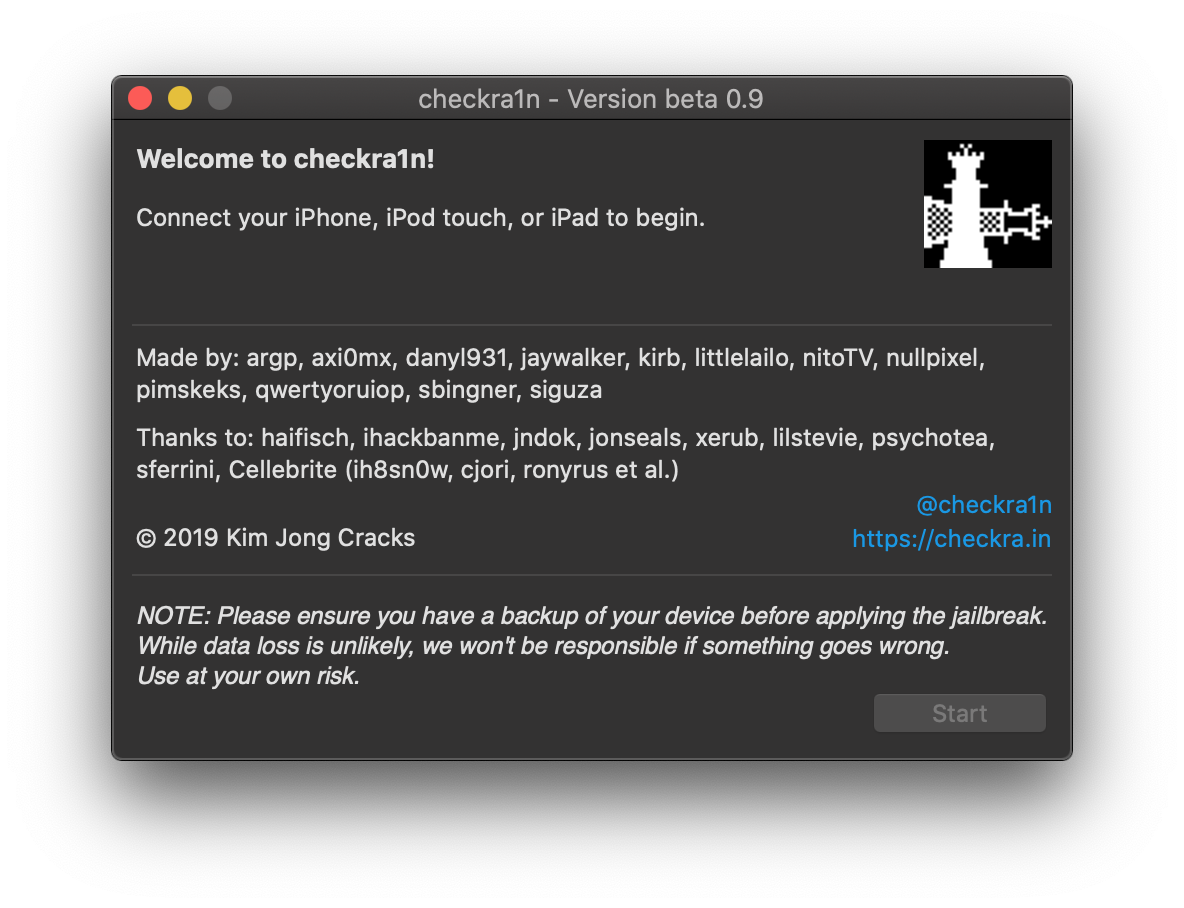 If you are excited about this release and excited to be a part of the resurgence of old-school jailbreaking based on intricate and highly technical exploits, then you can grab the initial release of Checkra1n right now for macOS and get up and running via checkra.in. Windows and Linux users, sit tight, as support is incoming. We will be sure to update on that release as soon as a timeline is announced.

UPDATE: Here’s a full tutorial on how to jailbreak using Checkra1n: Jailbreak iOS 13.2.2 Using Checkra1n On Mac, Here’s How [Tutorial].