Netflix has a new website that highlights the most popular shows on its streaming service from around the world.

The new website shows the number of hours people have watched TV shows and movies, with a global top-ten ranking joined by rankings that are broken down into individual countries, too.

The website will give us a better and more immediate look at just how popular some of Netflix’s shows and movies are, especially within relation to each other.

Netflix says that it will update its rankings every Tuesday.

Every Tuesday, we publish four global Top 10 lists for films and TV: Film (English), TV (English), Film (Non-English), and TV (Non-English). These lists rank titles based on weekly hours viewed: the total number of hours that our members around the world watched each title from Monday to Sunday of the previous week.

Netflix is even giving people the chance to download the figures for all of its shows for use in spreadsheets and graphs, with an Excel format file available at the bottom of the website. 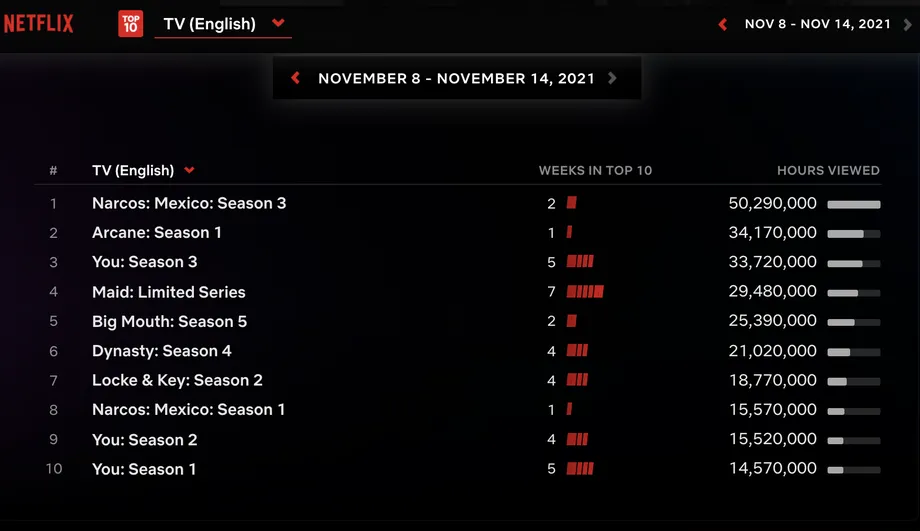 Subscribers to Netflix might find it interesting to learn that Red Notice is by far the most popular piece of content on the service right now, with the movie being viewed for almost three times as many hours as anything else.