Apple has begun to promote the iPhone and Apple Watch feature dubbed Apple Pay Express Transit to Londoners via the Wallet app.

A new banner appears at the top of the app to remind users that Transport for London supports Express Transit. 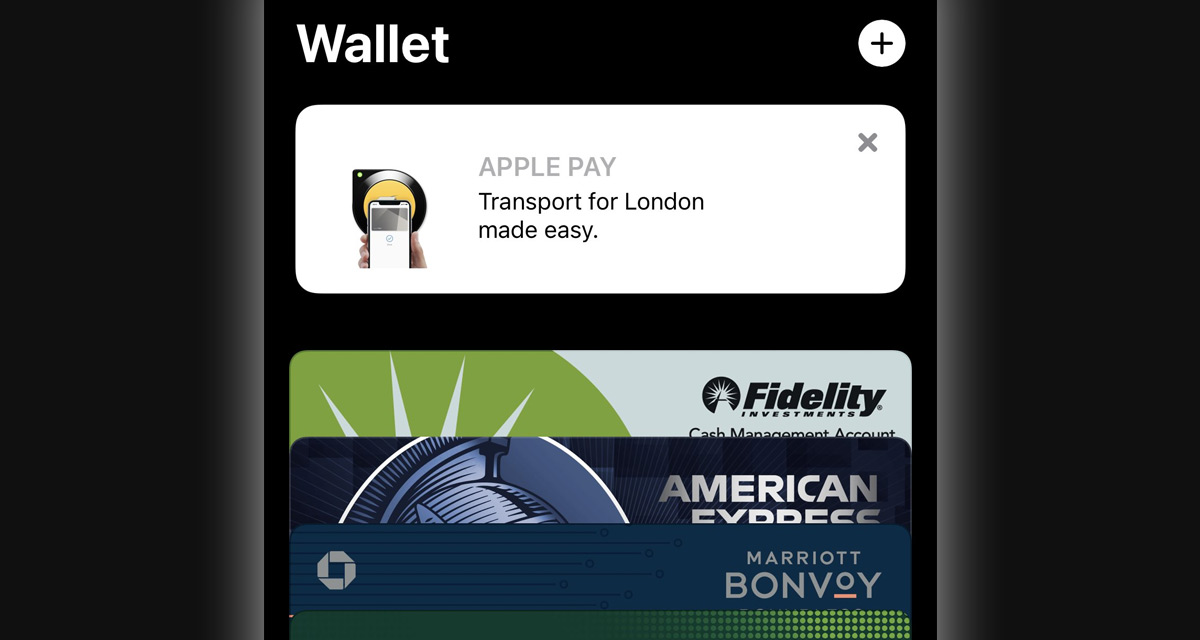 Apple Pay Express Transit allows people to pay for travel using their iPhone and Apple Watch without the need to press any buttons or even authenticate in any way. It’s something that requires transport companies add support for, with Transport for London being one of those that has already done so.

Paying for journeys on Transport for London is easier with Express Mode for Apple Pay. You no longer need to authenticate your payment with Face ID or Touch ID. Simply select a card for travel in Wallet. Then just tap your iPhone or Apple Watch on the yellow card reader and go.

The new banner was spotted by people across Twitter, although it isn’t clear whether it’s being shown to everyone in or around London, or if it’s only people who have used Apple Pay with Transport for London without using the Express Transit component.

Have you seen this before? Shout out in the comments and let us know if you’re into Appel Pay Express transit or not!