There are now more than 100 million Apple Watches being used worldwide, according to new numbers shared by Counterpoint Research’s Global Smartwatch Shipments Tracker.

According to those numbers, global smartwatch shipments grew 27% in the second quarter of 2021 with Apple sitting in number one position. Apple’s market share was around 28% which while high, was actually a small reduction from the 30% it previously managed.

All of this news comes as we’re just weeks away from Apple’s expected announcement of the new Apple Watch Series 7, a device that is sure to be the best wearable Apple has ever made — and arguably the best wearable in its category, too.

Recent rumors have Apple Watch Series 7 coming in 41mm and 45mm configurations, with recent leaks showing Apple Watch bands that match those sizes. As for an overall design, the rounded sides are expected to go this year, replaced instead by a more boxy look similar to Apple’s iPhone lineup. 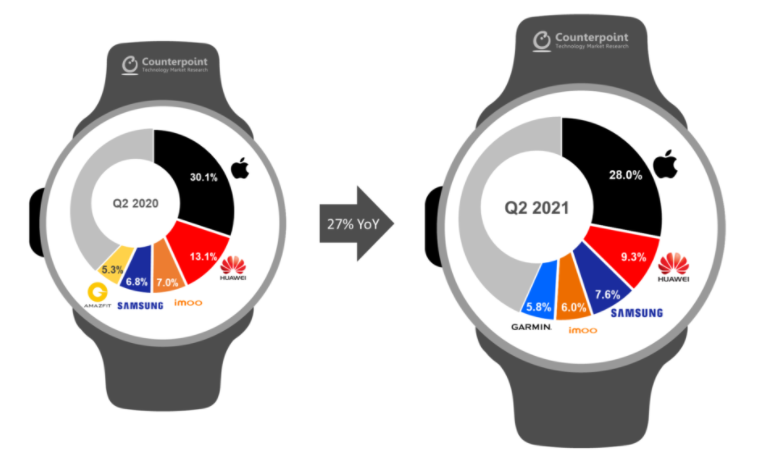 Apple has a big few months on its hands. Not only is the iPhone 13 lineup expected to arrive next month, with Apple Watch Series 7 following shortly afterward, but new AirPods, iPads, and Macs are also in the works, too.