KGI Securities is looking to ramp up interest and excitement for Apple’s upcoming September 7 media event by once again shining a light on the iPhone 7.

The report once again outlines and confirms a number of details that we already know, and that have been reported on so widely over the last few months, as well as introducing some granular information about the device itself, such as the processor that Apple will use to power the iPhone 7 range, and some intimate details on the display and camera capabilities as well. 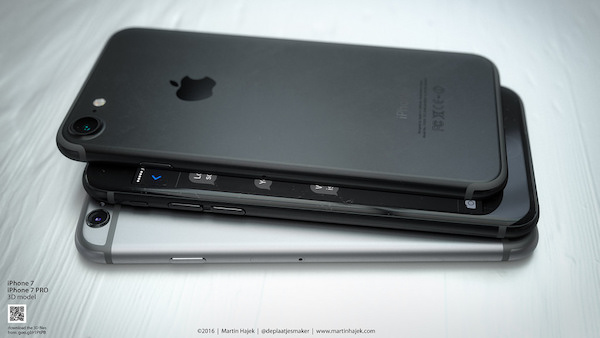 From a perspective of being unique to the iPhone 7 range, the KGI Securities report is suggesting that Apple will bump up the silicon in the iPhone 7 to its own A10 processor, complete with accompanying M10 motion coprocessor. It’s being said that the processor will be manufactured by TSMC using a new ‘InFO’ process, and will offer a significant performance upgrade, being clocked at up to 2.4GHz. It’s likely to come with the same accompanying 2GB RAM in 4.7-inch model, and 3GB RAM in 5.5-inch Plus model.

In addition, the report is also suggesting that consumers will have two new colors: “dark black” and a glossy “piano black” which will be replacing the Space Gray color. When added with the Rose Gold, Silver and Gold options, which means that potential iPhone 7 owners would have five color options on offer.

One interesting aspect, which is something that hasn’t been widely mentioned previously, is the updated display on the device. Size and resolution will remain consistent with previous generation iPhone models, but the iPhone 7 and iPhone 7 Plus displays will feature True Tone technology which will be capable of rendering wide-color imagery – just like the 9.7-inch iPad Pro – in order to make captured photographs look a lot more appealing and vivid on the device. Speaking of display, there’s likely to be an improved sensors for 3D Touch technology as well.

While the report suggests that the 4.7-inch iPhone 7 will offer an upgraded camera experience with larger sensor, the major camera upgrade will be offered on the 5.5-inch iPhone 7 Plus. According to KGI, the dual-lens camera setup will include optical zoom and ‘light field camera applications’ and that one of the lens will be a wide-angle one and the other being a telephoto lens. Both cameras will feature 12MP sensors. In addition to that, the iPhone 7 and 7 Plus will benefit from an improved and upgraded flash as well in the form of four LEDs; two warm and two cool ones. 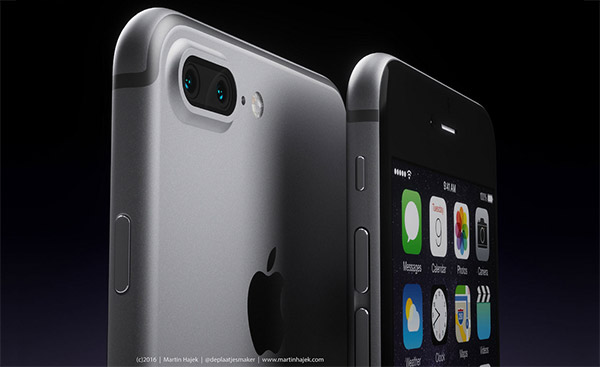 The KGI report also confirms a number of previous leaks, such as the inclusion of Lightning-enabled EarPods and Lightning to 3.5mm adapter, the removal of the 3.5mm headphone jack, and the fact that both devices will come with redesigned antenna bands on the back. Interestingly, there will be a second grill from outside, but it will not be housing an additional speaker, but that space will be taken up by a new sensor which will further improve the 3D Touch experience. As for sound, Apple will be adding an amplifier internally which will help boost sound output.

Additionally, Ming-Chi Kuo of KGI expects the iPhone 7 to be waterproof to an IPX7 rating, which is the same as the Apple Watch, and will help iPhone survive underwater up to 1 meter for at least 30 minutes. The hardware is also said to ship with an improved proximity sensor experience that is capable of detecting hand gestures, as well as a capacitive non-clicking Touch ID home button with haptic feedback.

Apple is changing up the storage offering this time as well, with 32 GB, 128 GB and 256 GB being the standard options for the iPhone 7 and iPhone 7 Plus.

Interestingly the report also mentions how Apple’s stringent quality control and use of quality materials has led to lower yield, resulting in a lower production of the iPhone 7. However the story pans out, we’ll know for sure in less than a week from now.