A new report coming from a Chinese source claims to back up recent murmurings that the iPhone 7 will come in three different flavors; the iPhone 7, iPhone 7 Plus and iPhone 7 Pro. Beyond the new tiers, the report also claims to add weight to the notion that Apple is set to finally ditch the 16GB entry level storage option for the new iPhones.

While some previous rumors had claimed that 32GB, 64GB and 256GB options would be available, the latest report suggests that 32GB, 128GB and 256GB iPhones will be made available this coming September.

That inconsistency has us treating the whole report with trepidation, but at this point we truly, do not know for sure what Apple will announce for the iPhone 7 and wouldn’t want to put a stake in the ground for either rumor.

What should really be taken away from both claims is that Apple does appear to finally be doing away with the anaemic 16GB lower tier of iPhone, one which has caused users problems for years. With iOS updates growing ever larger, and apps certainly showing no sign of shrinking despite new developer toolset features, which allow for smaller apps to be built by developers, larger capacity devices are almost becoming a necessity rather than a nice-to-have.

With all that said, though, only those recording lots of 4K video are likely to make the most of the new 256GB option, should it come to fruition. 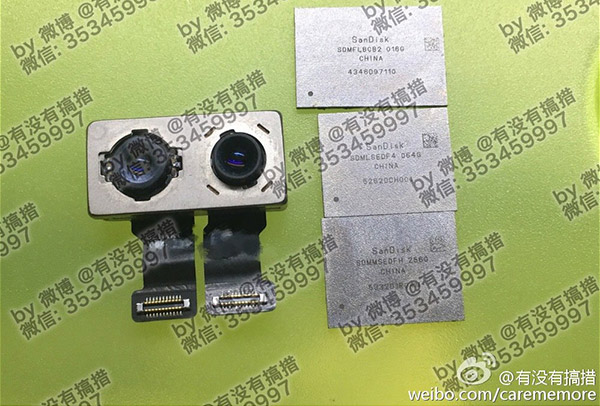 If Apple follows its usual pattern of announcing and then subsequently releasing the new iPhones in September, we can all at least rest in the knowledge that we are getting nearer the big day. Not just because we will get a new iPhone to check out, but mainly because we will be able to put all the rumors to bed, at least for a little while!