New In iOS 10: “Hey Siri” Command Only Activates One Device At A Time

Apple’s announcement of iOS 10 for iPhones and iPads at WWDC saw some of the software’s biggest new features shown off on-stage, but it turns out that there is one relatively minor tweak that didn’t get any stage time and, ironically, it’s one that users of Siri will likely be most pleased to learn of. As anyone who uses multiple iOS devices will attest, using the “Hey Siri” command can cause chaos, as iPhones and iPads simultaneously try to respond. With iOS 10, that will no longer happen.

The new software can intelligently have just the one, possibly the nearest, device respond to a “Hey Siri” command where iOS 9 would simply have multiple devices try to offer an answer or carry out a command. That was not only infuriating, but basically left users with two or more devices barking at them. 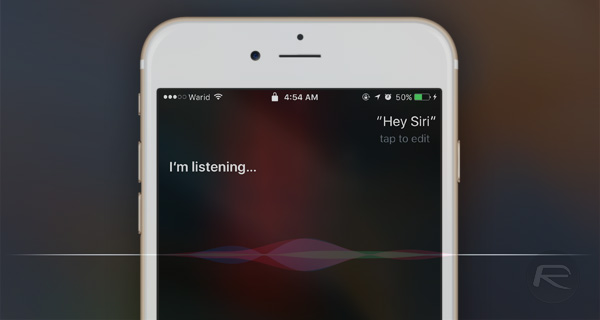 With iOS 10, both devices will wake and listen to the command or question as it is posed by the user, but while one will respond, it will also send a command to the other devices telling it to stand down. Quite how the inner workings are making this happen is unclear, and Apple didn’t mention it during WWDC to our knowledge, but it definitely works, and it’s great.

Right now, the same magic isn’t carried out when an Apple Watch is put into the mix, even with watchOS 3 installed. We thoroughly expect that to change in due course, as having an Apple Watch wake and respond to something being asked of an iPhone is equally frustrating.

We expect to see the feature rolled out to the wrist in a later beta of watchOS 3, whenever that becomes available.