We may only be at the beginning of June, and Apple’s next-generation iPhone may not be due for an official reveal until September at the earliest, but trust us when we say that the unveiling will be here before we know it. With that in mind, Apple is obviously working tirelessly to not only finalize the overall design of the device, but also the internal components.

Thanks to a number of information and component leaks, we’ve been able to get an early insight into what the iPhone 7 could look and function like, and now we are hearing that both the iPhone 7 and iPhone 7 Plus could ship with larger 256GB storage options for those who want capacities of mammoth proportions, with 32GB being base model, and 128GB replacing 64GB as mid-tier option.

It’s been an interesting couple of days when it comes to news pertaining to Apple’s internal policies and release cycles. Yesterday we heard that the Cupertino-based giant was likely to move to a new ‘tick-tock-tock’ style full-model refresh cycle that would essentially see a brand new and revamped iPhone released into the market every three years. If that is accurate, then it means that this year’s iPhone 7 will very much be an evolutionary progression of the device, and will likely feature very minimal changes over the current-generation iPhone 6s range.

Typically speaking, Apple has been offering entry-level iPhones with a minimal 16GB internal capacity, with consumers then having the option of upgrading to a 64GB or 128GB variant for an additional financial outlay. A report recently had already claimed that the base model of iPhone 7 will start from 32GB storage instead of 16GB, and now the folks at TrendForce adds in that mid-tier 64GB option might be replaced by 128GB, with 256GB storage option being set for top-tier.

Apple is likely to make changes to the storage options for iPhone 7. The 64GB version, which has been the most popular option in previous generations, may be discontinued and replaced by the 128GB version, though this decision has yet to be finalized. On the other hand, Apple is certain to raise the maximum storage option to 256GB so that iPhone 7 will have the highest NAND Flash density of the entire series. 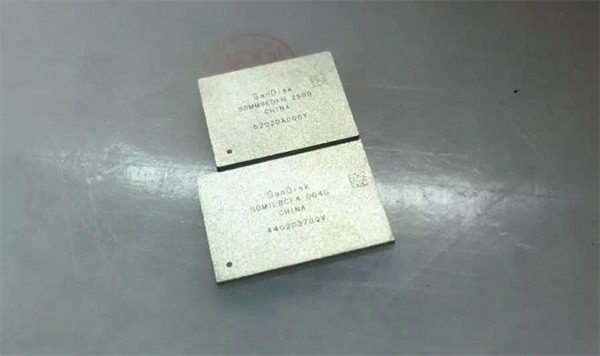 If Apple does decide to raise the storage level of the base iPhone model to 32GB while simultaneously upping the top storage to 256GB, with mid-tier option being 128GB, it would seem to come on the back of listening to consumer feedback as well as capitalizing on the falling price of NAND flash storage, which has reduced significantly in price over the last six months. We can’t imagine anyone would complain if the pricing structure of the new iPhone is mapped across to be consistent with previous models.