Two new images have started circulating around the web today, claiming to show the rear of the iPhone 7 and the iPhone 7 Plus which are due for a launch later this year.

Now that the 2016 Worldwide Developers Conference excitement has died down and iOS 10 has been out in a developer preview beta for almost two weeks now, it’s clearly time to refocus attention back on Apple’s next-generation smartphone. Today’s leak can be traced back to the usual Chinese supply chain channel for Apple that allegedly confirms a camera module refresh on both models.

As expected, and as has been widely corroborated via a number of leaks and predictions, the images show that the iPhone’s antenna bands have been relocated to the top and bottom of the rear case. This removes them from their current location as found on the iPhone 6s range, and would leave the back of this year’s iPhone with an unbroken, seamless design.

Interestingly, the images also seem to show a noticeably larger cut-out for the 4.7-inch iPhone 7’s camera module to sit in. The usual apertures for the microphone and LED flash are present, as expected, but it’s the camera recess that really catches the eye.

It has been suggested previously that the iPhone 7 will come with an improved camera experience to provide greater images in low-light conditions. This leaked image seems to confirm that with a cutout which could house a larger camera sensor than the one found on the iPhone 6s. 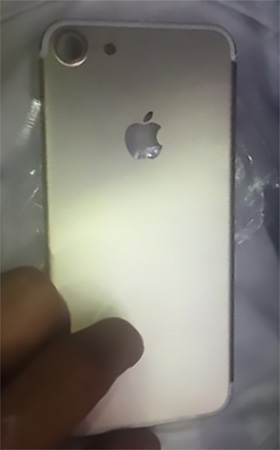 As for 5.5-inch iPhone 7 Plus, like many image and visual leaks that have come before this one, today’s images clearly show a pill-shaped camera design on the rear of the iPhone 7 Plus capable of housing a dual-lens camera system. It has been widely expected that this improved camera technology will be exclusive to the larger model, meaning that Apple will see that device as the flagship model. 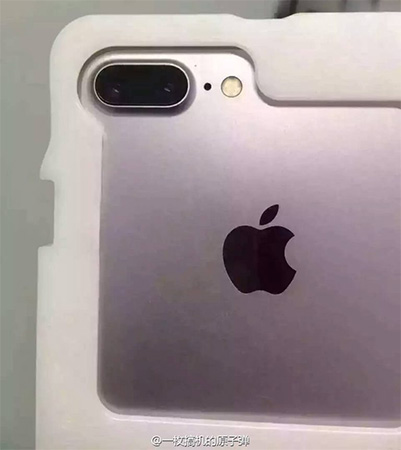 The changes outlined in these images don’t instantly show anything that would cause us to doubt the authenticity of the component. It’s now just a matter of waiting until September to see what Apple actually announces.