When you look at the technology that most of us possess these days it’s extremely difficult to get a grip on just how far we’ve come in what is a relatively short period of time. Most of us walk around with a smartphone in our pocket that has the power to run our digital lives.

Add to that intelligent watches, slate computers, and laptops so thin and light that you hardly even know you’re carrying one. It’s great to take stock of what we’ve got, but sometimes even better to take a trip down memory lane and remember just what we used to have to deal with. The new BitCam app from the folks over at The Iconfactory does exactly that by introducing “the digital camera you would have used on your mini computer back in 1996” to our modern hardware. 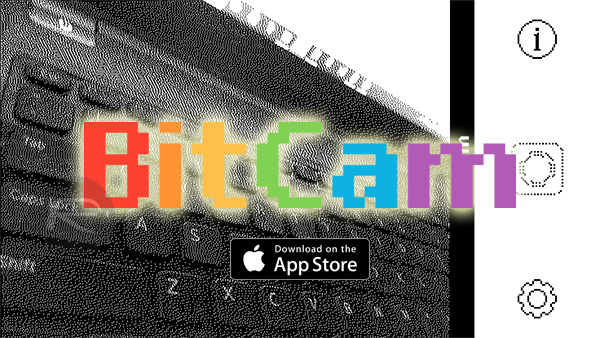 Many developers and software houses take a look at the market and see if they can find a niche that they can fill with a new app or mobile service. And of course, that can often be a very worthwhile approach to take. However, in this instance, The Iconfactory decided to celebrate its 20th anniversary by giving its designers and developers a challenge; design something today taking into account the constraints of the past, and so BitCam was born.

The app itself is essentially a really fun camera app that comes with a retro look and feel which seems to have been ripped straight out of the mid-1990s. Honestly that’s probably the highest compliment that can be paid to it, as that’s exactly what the company was looking to feel. The extremely simple but dated user-interface provides a gateway to using the native iOS camera hardware to capture low-resolution, black-and-white photographs that are reminiscent of the early days of the Internet before we had the clarity that we now have with web-based imagery.

The whole app seems to not only be about bringing a little bit of nostalgia into our lives, but to also be fun and enjoyable. The development team has invented their own naming terminology to name the three shooting modes that the app offers to the end-user; FatBits, Standard, and Super-Res. There’s also an optional in-app purchase for $1.99 that will introduce a limited amount of color into photographs. 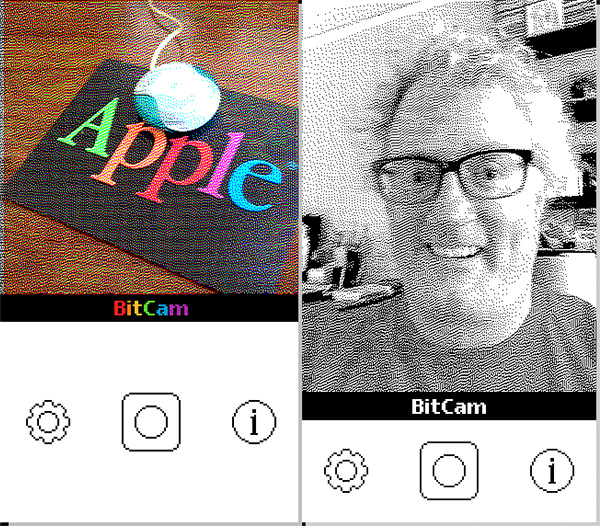 Best of all, the app itself is a free-of-charge download, and if you like the quirky nature of it, then you really need to check out the dedicated BitCam website, which in itself is a throwback to yesteryear.

(Download: BitCam for iPhone and iPod touch from the App Store)