Apple’s iPhone 7 is expected to be announced this coming September, with sales set to commence shortly after. While we are still three months away from either of those things happening at the earliest, the rumors are starting to come thick and fast as to what the new handset will look like and what it will or will not be capable of.

At this point, we can almost take it for granted that this release will not be the big redesign we were hoping for, but rather a souped up, slightly modified iPhone 6s that will pave the way for a largely redesigned handset in 2017.

While things are unlikely to change drastically in the looks department, new information coming out of Japanese site Mac Otakara has the iPhone 7 featuring a longer than normal earpiece cutout as well as a relocated ambient light sensor. The pair of changes, if accurate, would mean that cases and screen protectors alike may need to be rethought and redesigned in order to accommodate the changes.

The Mac Otakara piece also goes on to further confirm that the iPhone 7 will feature a dual-camera design, at least in Plus configurations, and that the standard iPhone 7 will still pack a larger camera module than the current model.

Translated from the Mac Otakara article:

Recently, some manufacturers of LCD protection films on Alibaba.com have stopped receiving orders as iPhone 7 has its proximity sensor on the front changed to the dual specification in addition to the ambient light sensor on the side moving from the left side to the right while a slightly longer receiver.

Leaks that have cropped up over the past weeks and months have all pointed to a mildly redesigned iPhone coming later this year, with a more improved, dramatically different handset due for 2017. That may only be a year away, but it sure feels a lot further. 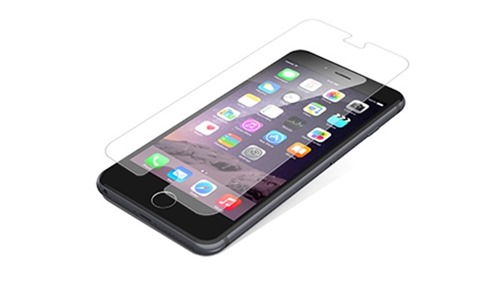