Apple promos on iOS apps are great, but they are even better when available on a productivity app instead of a game that one can easily lose interest on after a while. Today’s offer is on one such title, it usually retails for $4.99 on the App Store, but can be downloaded for free right now for a limited period of time.

Called TextGrabber, it’s a powerful OCR translation app for iPhone, iPad and iPod touch devices. For those unfamiliar with the OCR bit, it basically allows you to quickly scan any printed material like a magazine, newspaper, or a document, and then have it translated into legible digital text that can be edited right on the iOS device. 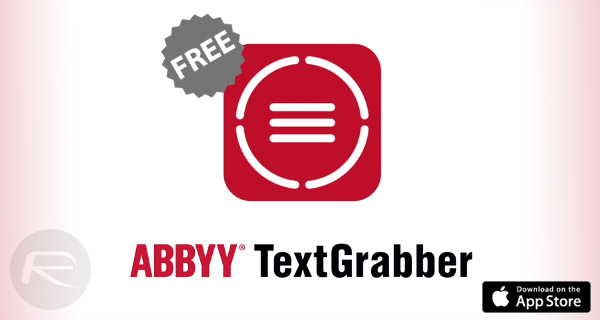 Given the prowess of the app, there was a time it was even carrying a massive $15 price tag, and while the price may have dropped since then to $5, this is the first time we’re looking at TextGrabber going absolutely free, though for limited time only.

In addition to converting captured images to editable text, TextGrabber app can also read that text aloud for you to hear, and if you want additional power, you even have the ability to have that text translated to a language of your choice. This translation feature though requires an additional in-app purchase.

All extracted text is automatically backed up and can be easily found in the “History” folder. 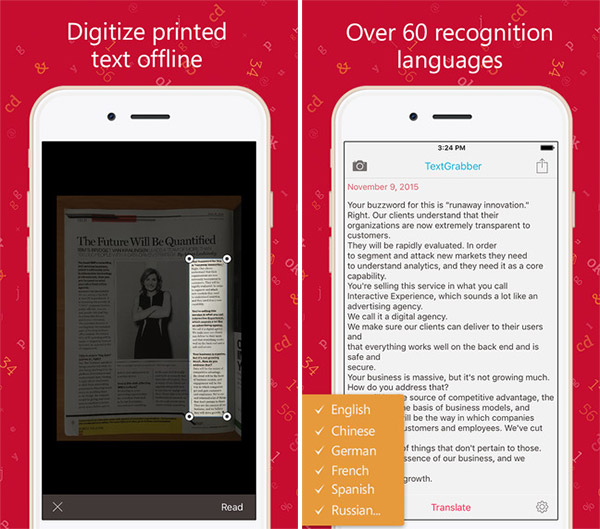 Of course, the converted or translated text can also be easily shared with friends or family members via social networks such as Facebook or Twitter, and also via email, SMS, and even Evernote. 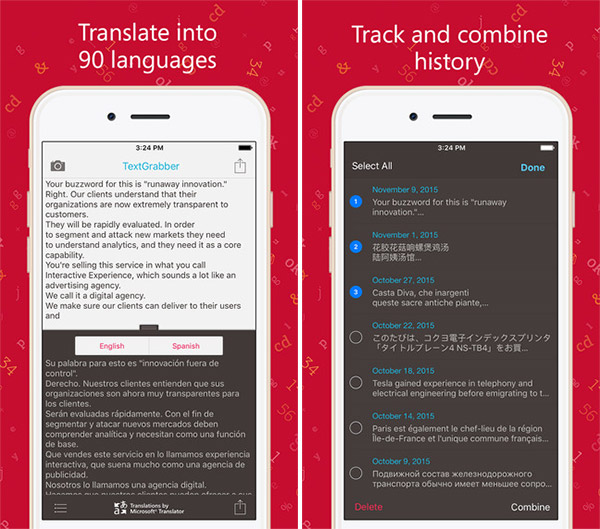 Additionally, with the app backing up previously extracted text, you also have access to the old content all the time without having to worry about losing it when required.

As mentioned earlier, the app usually costs $5, but is available for free for a limited period of time.

(Download: TextGrabber for iPhone and iPad from the App Store)