Apple’s iOS 10 platform features a number of extremely impressive changes and improvements, both from a user-facing perspective, as well as from an under-the-hood performance perspective.

There is plenty for iPhone and iPad owners to sink their teeth into in terms of features and new additions in the revamped Messages app alone, but the Internet seems to be going crazy for the fact that you can not only interact with tons of new emoji characters, but that you can also send them to recipients at 3-times their original size. Mind is blown. 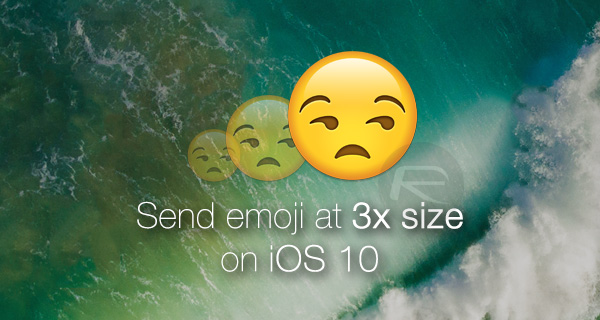 We will walk you through exactly how you can get up and running with this awesome feature in iOS 10, as well as the few caveats involved in sending emoji at a larger size. Though, we’re sure you will be surprised at just how easy it is to achieve this.

Step 1: In the revamped Messages app in iOS 10, enter into an existing conversation thread, or start a new one. Make sure that the text entry field is active as it would be when you were entering text.

Step 2: Now switch to the Emoji keyboard. You can do this by either tapping on the globe button on the keyboard or the emoji button (depending on your keyboard settings), located to the left of the space bar key, as shown in the screenshot below. 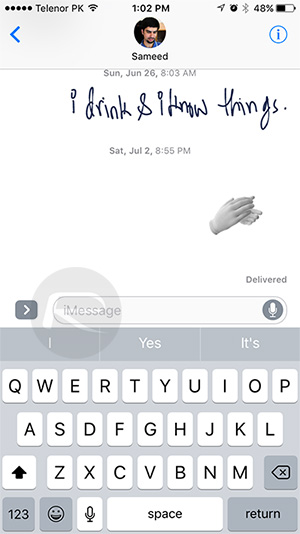 Step 3: When the Emoji keyboard appears, enter the emoji character that you want to send as part of your iMessage. You’ll instantly see that it’s displayed much larger than previously, which is representative of the size that they will actually be sent at. 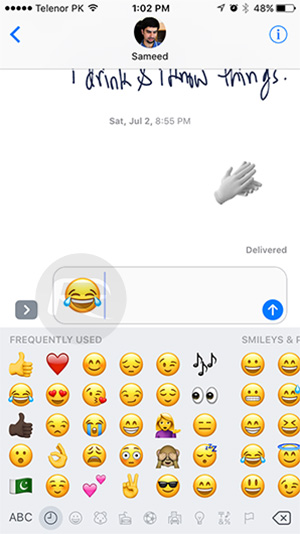 Step 4: When you’re happy with the composition of the message, press the blue up arrow button to the right to actually send the emoji to the recipient. And there you have it; a sent message containing emoji characters at 3x the size they used to be sent at with previous versions of iOS. 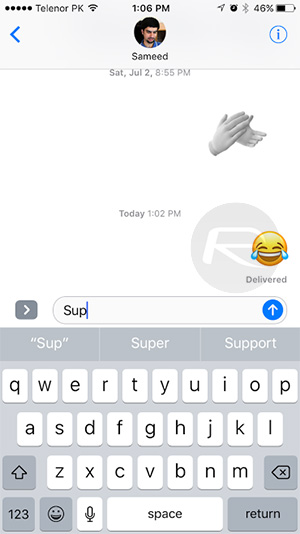 Of course, the use of large emoji does come with certain caveats. Imagine if we lived in a world where you could just send massive emoji freely without any limitations? Madness. In order to send the larger emoji characters, the message must contain only emoji character (meaning no text or anything else), and no more than 3 at a time. If the message contains text and emoji, then it will be sent at the original small size. Similarly, if the message contains more than 3 emoji characters, then they will also be issued at the original small size, as can be seen in the screenshots below. 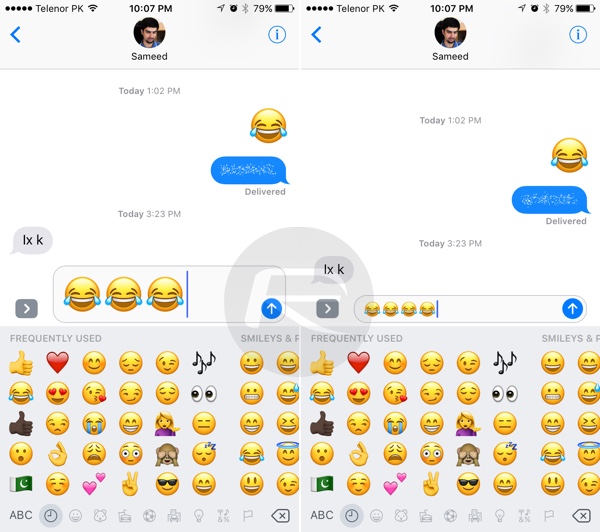 Bonus: Use the new Bubble effects in iOS 10 Messages app to send emojis with animation and in larger size using Loud or Slam effects. 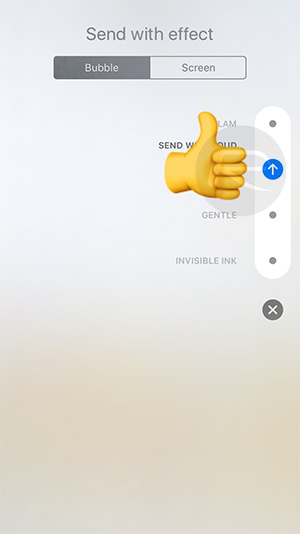 You can learn more about this in our post here: iOS 10 Messages: Add Bubble, Full Screen, Invisible Ink Effects, Here’s How.